OMG Stop Unfriending Each Other!!

For the love of Pete, stop unfriending each other!! Every five minutes someone is challenging their Facebook friends and followers to unfriend them if they hold a different opinion about Donald Trump or Hillary Clinton.

“If you support that lying, misogynistic, groping dumbass – well just unfriend me now“, or “If you think she actually supports women then you can just unfriend me right now, in fact, I’ll do it for you“, or “if you’re planning on voting for this douchebag, I want you to unfriend me” and on and on. 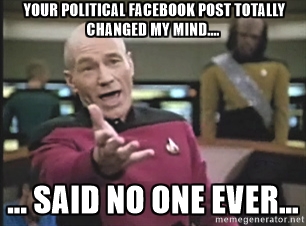 Additionally, people keep posting how so much more qualified Hillary Clinton is compared to Donald Trump, as if that is even a consideration.

Let’s Break it Down

Let me first say — I don’t like either of them and I’m not supporting or defending either’s behavior — but here’s the thing:

It’s not about their qualifications or their experience.

You can argue it should be, and you would still be wrong.

It’s about their agenda and what path they want to lead this country on.

Conversely, Hillary’s supporters are not women haters and they are not necessarily liars (though, again, there are probably many people who support Hillary who lie), it isn’t that they are liars that make them want to support her. They support her because they like the campaign promises she is making and foolishly believe she might be able to keep them. 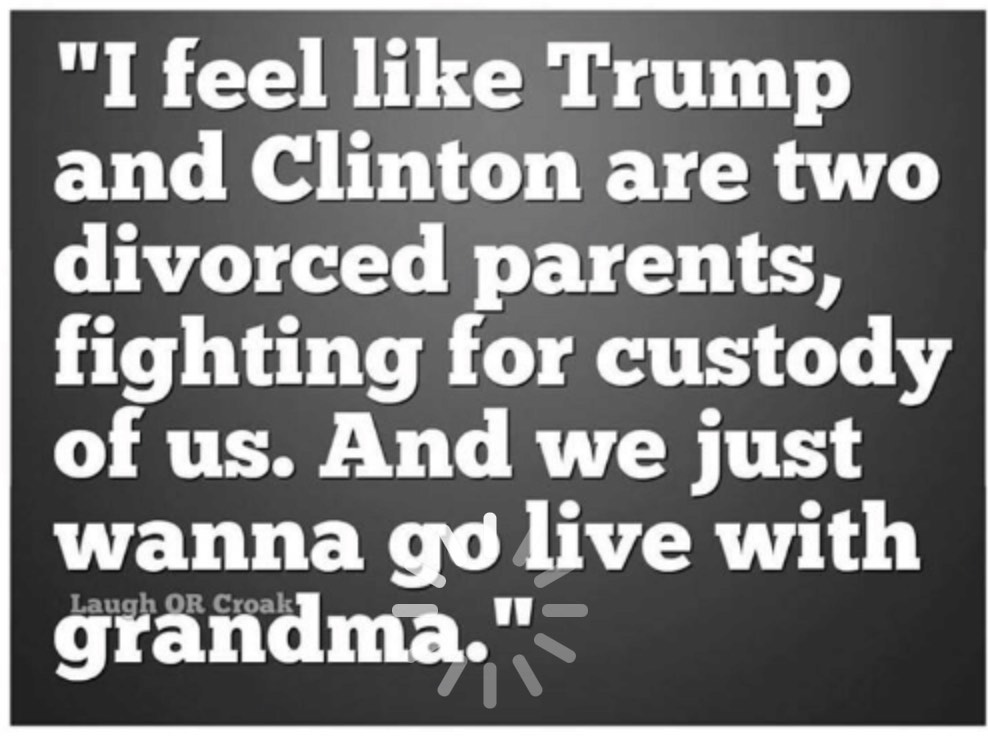 This is an interesting campaign because usually the candidate’s qualifications are pretty equal. At least they both, usually, have some experience in public office. Here that is not the case. Here we have a candidate who is probably more qualified than any candidate in history running against someone who has absolutely no political experience.

It is precisely because they have different agendas (and different parties) that they can both be deplorable and people will still vote for them. Their actions don’t matter. It’s disgusting, but it’s the truth.

Here’s an excellent article about why people will vote for Trump.

Stop Unfriending Each Other!!

Telling someone to unfriend you because you don’t agree with them on one subject is incredibly arrogant. Do you really think you have that much clout that you can wave your Facebook friendship in front of them and believe it will motivate them to change their deeply held beliefs? Are you that self absorbed? Are we still in middle school?

God, it’s like Facebook has turned into Mean Girls. Do this or you are out of the club!

Unfriending someone because they don’t like Hillary or because they plan on voting for Trump is a waste of time, though it will cull your friends to a more homogenous list. And I suppose that’s always more fun – to have friends who think the exact same way that you do.