I don’t know why they don’t teach this real life birth control in schools, but I promise if they explain to kids of having-sex-for-the-first-time age that this is the shit you’ll have to deal with in another 11-15 years they probably will abstain or at least make sure they actually use birth control.

Nothing is worse that waking up, turning on the coffee maker and not HAVING A FUCKING MUG to drink it from.

I had to go down to the basement to grab a mug that had graduated from the upstairs kitchen to the downstairs kitchen (because you can’t throw away or donate the mugs that your kids give you from camp, Wisconsin Dells or any of the other travels they make in life, even though they are too small for coffee), to use for my coffee because the only other option was a fucking soup bowl. 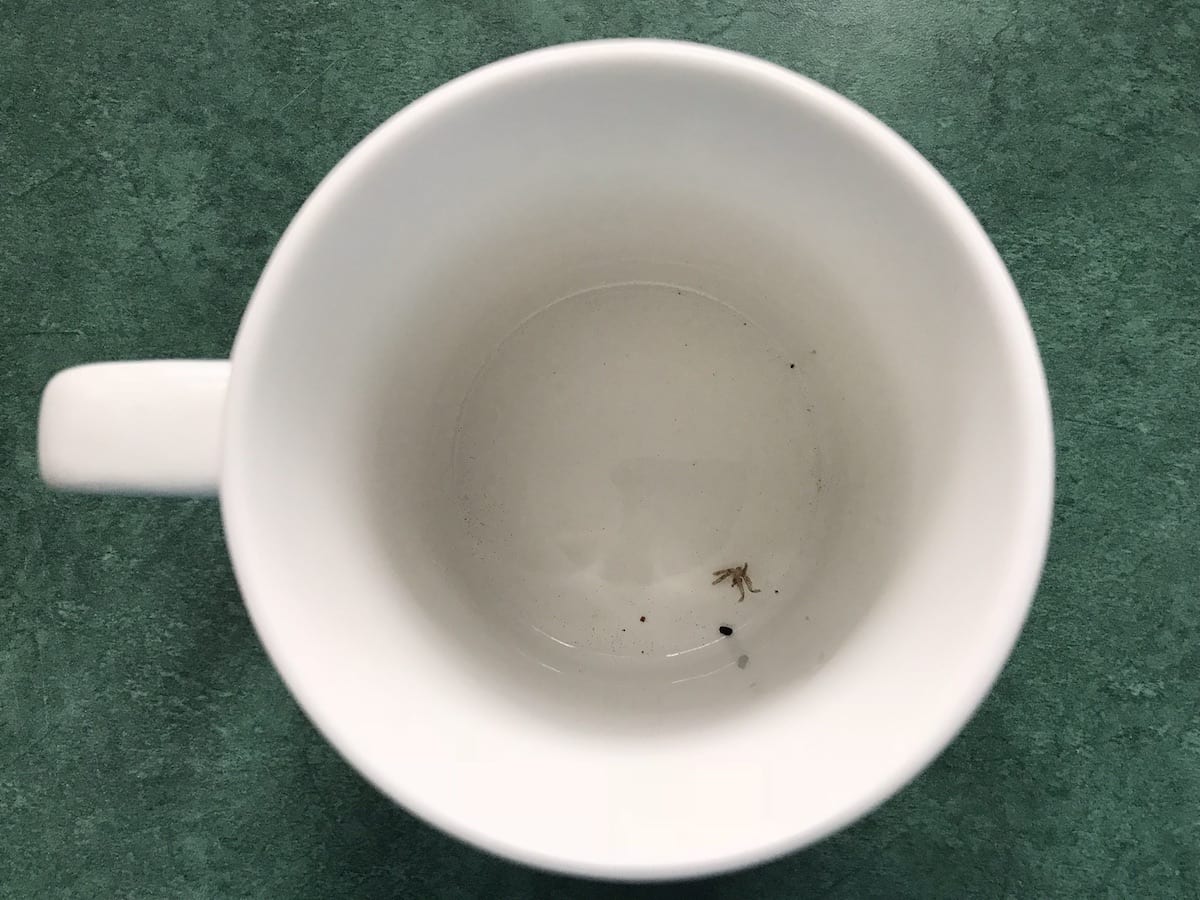 That’s right, I almost poured coffee into a mug with a dead spider and what looks like some tiny critter’s poop.

I don’t need coffee anymore because I am wide awake.

I have a gazillion coffee mugs. In fact, when they are all clean there isn’t enough room for them. There was one in the dishwasher along with the soup mugs. There were no mugs in the cabinet which means all the mugs are upstairs, probably filled with dried milk, mold or some such other grossness that there isn’t time to soak before I have coffee.

This and the empty toilet paper roll will be the death of me. These things will be the things that finally make me snap. The neighbors will be all like “Yeah, she was nice, quiet, we talked over the fence. I never would have guessed she’d lose it like this. I mean don’t all teenagers bring plates and dishes into their room?”

My neighbor doesn’t get it.

So, as you can imagine, yelling ensued at 6:30 this morning.

I’d been asking for a week for her to bring the shit down. I knew it was getting out of hand, but honestly, I was afraid to go up there and see that she finds comfort and solace in a room where she allows these sorts of science experiments to take place. 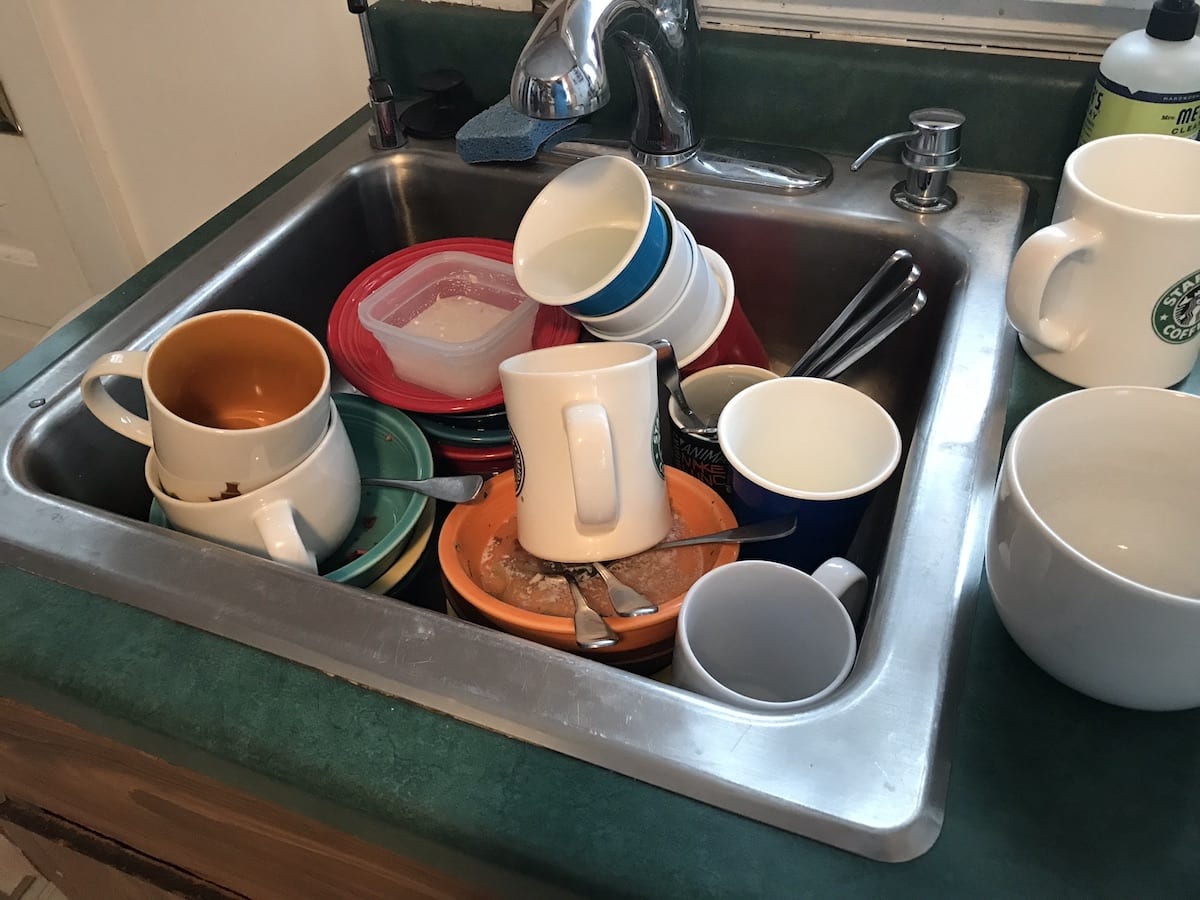 This isn’t all of it, and you can’t see the worst. There’s been a trending story lately of a woman who had some worms in her eyes. I can’t even click on it because it sounds so horrible, but this shit takes a close second to eye worms.

If I’d known about this when I was getting married and having kids, I’d have gotten a puppy instead. Instead of making high school kids drag an egg or a sack of flour around for a week, they should have to wash dishes that have pasta that has dried out and is clinging to the side of the bowl for dear life. They should have to scrape spinach (god, I hope it was spinach) off the bowl because no amount of soaking will make it move. They should have the pleasure of opening an enclosed water bottle that has had 2% milk in it for the last three weeks.

Parenthood, it’s not for the weak.