I got this from Mendelbrot which is a bit north of the border.

I received a comment on my other blog from the author of Mendelbrot. She mentioned that she too had lots of visitors but few readers who actually commented. She also mentioned she was from Canada. I read this comment before the coffee had reached my brain and thought to myself: “Great! now I have an excuse to go up to the Canadian internet.”

———-
The Big Read reckons that the average [American] adult has only read 6 of the top 100 books listed below. I suppose then this book list activity is supposed to make you feel superior or something. Pretty sad though that that’s the AVERAGE. Regardless, it’s a pretty good list (a bit heavy on the Austen–the movies have ruined me on her) and a good starting list for tapping into some good reads, both new and old.

Here’s the challenge [with edits for the bloggerly challenged who don’t know where to find “strikethrough” and “underline”on Blogger]:

[With thanks to “This Space For Rent“] 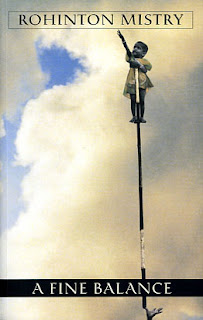 A few I would add to this list:
The Mists of Avalon – Marion Zimmer Bradley
John Adams – David McCullough (I know its not fiction but it reads like it. Beautiful prose)
East of Eden – John Steinbeck
Zen and the art of Motorcycle Maintence – Robert Pirsig
A Dirty Job – Christopher Moore (It’s not great literature but it sure is pee in your pants funny)
Me Talk Pretty One Day – David Sedaris (ibid)
The Stand – Stephen King (not great literature but I loved this book and have reread it more than any other book)

What are your favorites?