Review of Ferdinand the Movie

What follows is my review of Ferdinand the movie. I was asked to review the movie and given complementary tickets. The opinion and views are mine alone.

The golden age of blogging might be over, but there are still some perks to blogging. One of them is being invited to review some pretty decent movies. Recently I was invited to Star Wars: The Last Jedi, Ferdinand and Paddingting 2. I was also invited to see The Greatest Showman, a movie I really want to see, but after all the movies in two days I just couldn’t do it. Also, if I smelled popcorn again I was going to be sick. 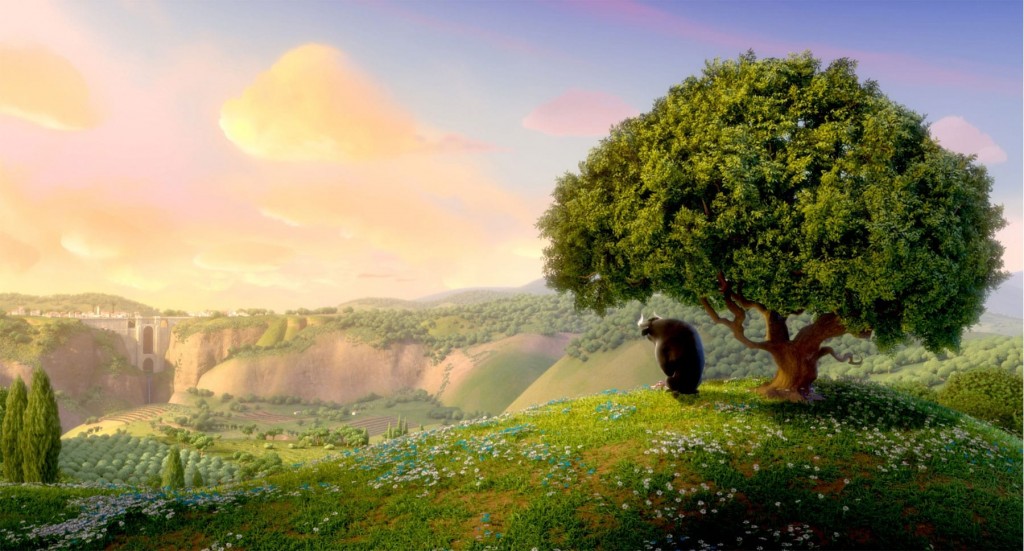 I had a vague recollection of the book Ferdinand, about the bull who refused to fight, prefering to sit on the hill under the tree smelling flowers. That’s about all I remember about the book. When I learned I was going to see the movie I considered reading the book again, but never got around to it. I do recall liking the book and remembered it was my father’s favorite book from his childhood so I was looking forward to the movie, especially after seeing the trailer.

I was allowed to bring guests to the movie so invited my 14 year old daughter and one of her friends. It was the first movie of the day and we were excited. The theater was filled to capacity but we scored some decent seats and proceeded to munch on popcorn and other treats. There were no movie previews which was actually refreshing.

In a nutshell, Ferdinand is a bull who prefers to enjoy the simpler things in life – like flowers – and would rather not fight. When we are introduced to him he is a calf more interested in the flowers growing in the bull pen than the rough housing going on with his bull friends. His father has recently been selected to fight the bullfighter and he is excited for such an honor and waits for his glorious return. 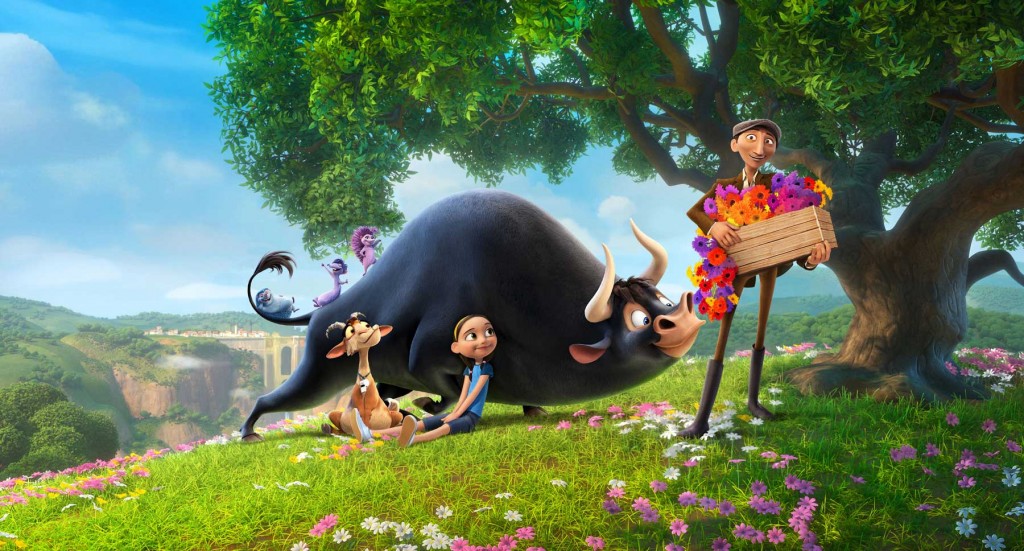 Of course, Ferdinands father never returns causing Ferdinand to run away to the other side of the canyon. He finds a new home with his girl Nina and her father Juan, who happen to have a farm where they grow beautiful flowers. After being mistaken for a dangerous beast, Ferdinand is taken from his home with Nina and her father and returned to the ranch he escaped from when he was a calf.

All of his former friends are still at the ranch hoping to be chosen by the bullfighter to participate in the greatest bullfight. Ferdinand wants nothing to do with fighting and does his best to escape, once again, and return home to Nina.

Along the way he meets several misfit animals including some hedghogs, a calming goat and a bull that had been created in a petro dish. Hilarity ensues and the movie ends predictibly enough. 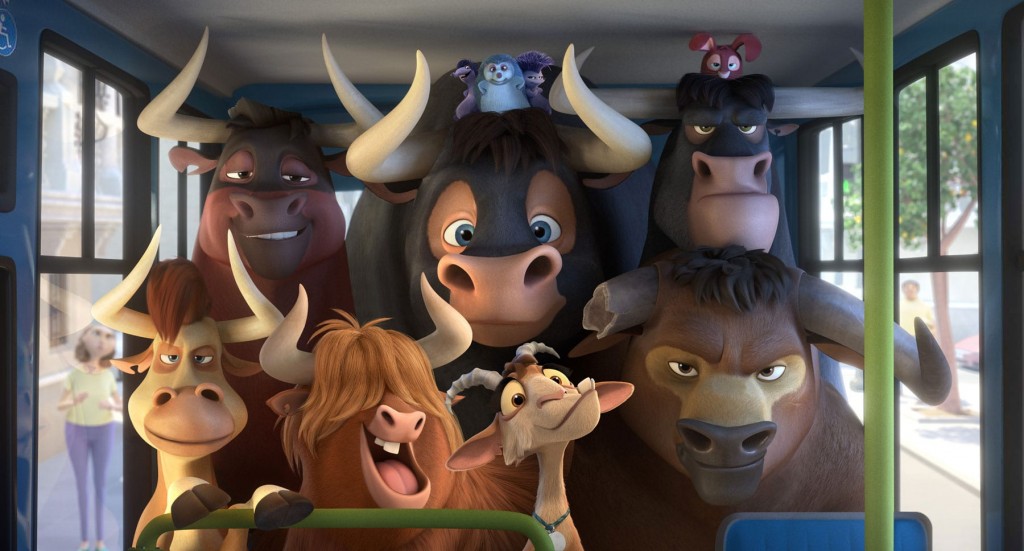 I thought the movie was light hearted and enjoyable. Since it was a cartoon or animated movie I didn’t spend a lot of time getting hung up on things that didn’t work or make sense, except for the fact that no one knew Ferdinand’s name at his new home after running away. He did not have any identification or tags on him so how they knew his name was a pretty big gaff. Calming goats were not a thing for which I was aware (they’re a thing, usually used for horses before running a race). I’m not a fan of Kate McKinnon, the actress who played the calming goat Lupe, so the character grew tiresome very quickly. Other than that, I enjoyed the movie and found myself laughing throughout the many adventures and applauding at the end.

That said, my daughter and her friend picked the movie apart pretty thoroughly on the drive home from the theater. In fact they punched so many holes in the story and pointed out so many shortcomings I started to question if I actually liked the movie. Their criticism was accurate, but they are 14 year old budding activists so they might have been hypercritical compared to a young child for which the movie is intended.