I visited my dad at the cemetery today. It was a beautiful day, just like the one when we buried him 14 years ago this month. I told all about the pandemic and what a crazy ride it had been since he died.

The cemetery is a beautiful place with markers laid in the ground rather than standing up at the head of the grave. This way a lawn mower can easily mow the grass. It’s a stunning cemetery and one I am told my grandmother had a hand in designing. 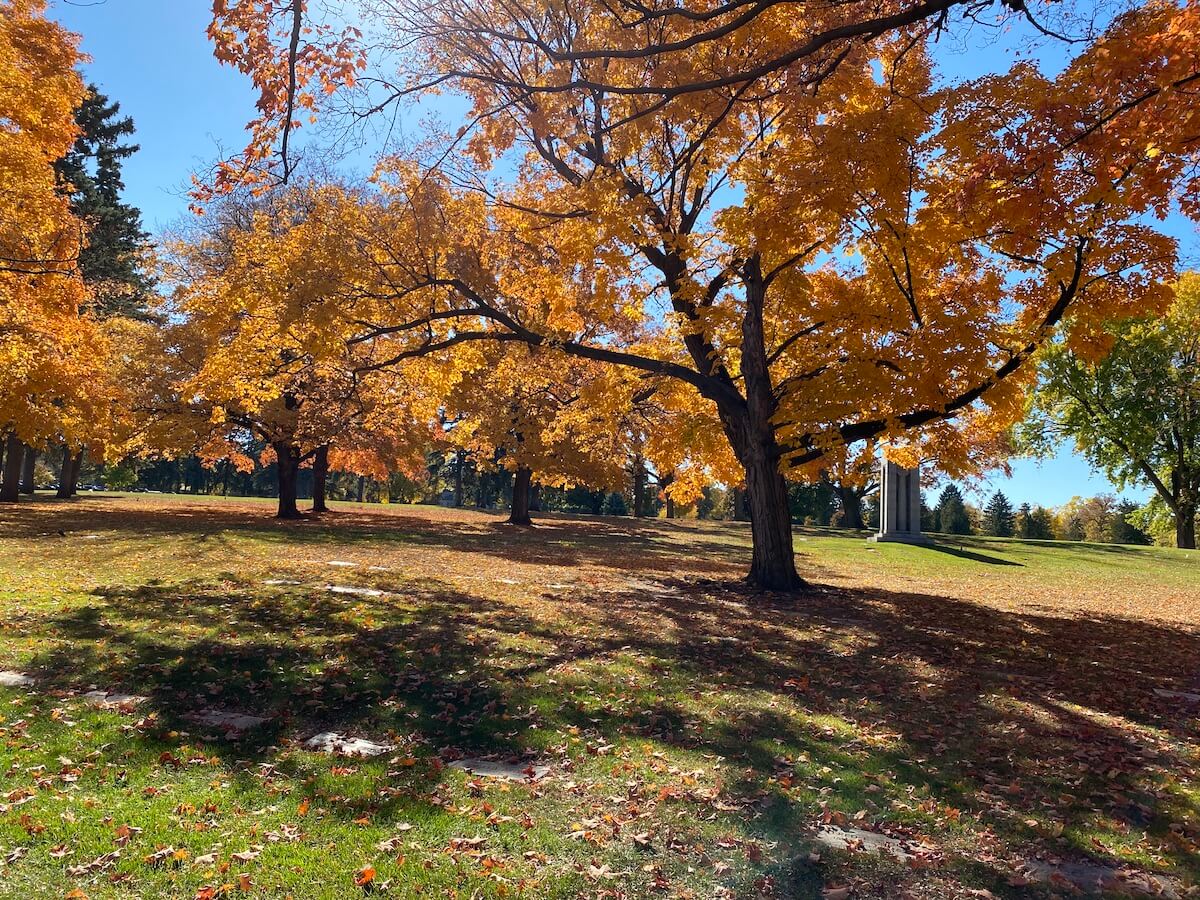 While I was there I visited my grandmother, grandfather and Great Aunt Nan. Not far from my grandparents are the markers of the graves of the 5 Coppage children who died in a fire ordered by a rival gang member of their older brother in 1994.

The deaths were horrible. Few in the community were left untouched by the 1994 tragedy. The cops, as they always do with brutal crimes involving children, took it personally and declared war on the gang, building a federal drug case that led to the convictions of about 22 gang members in 1998. (full article) 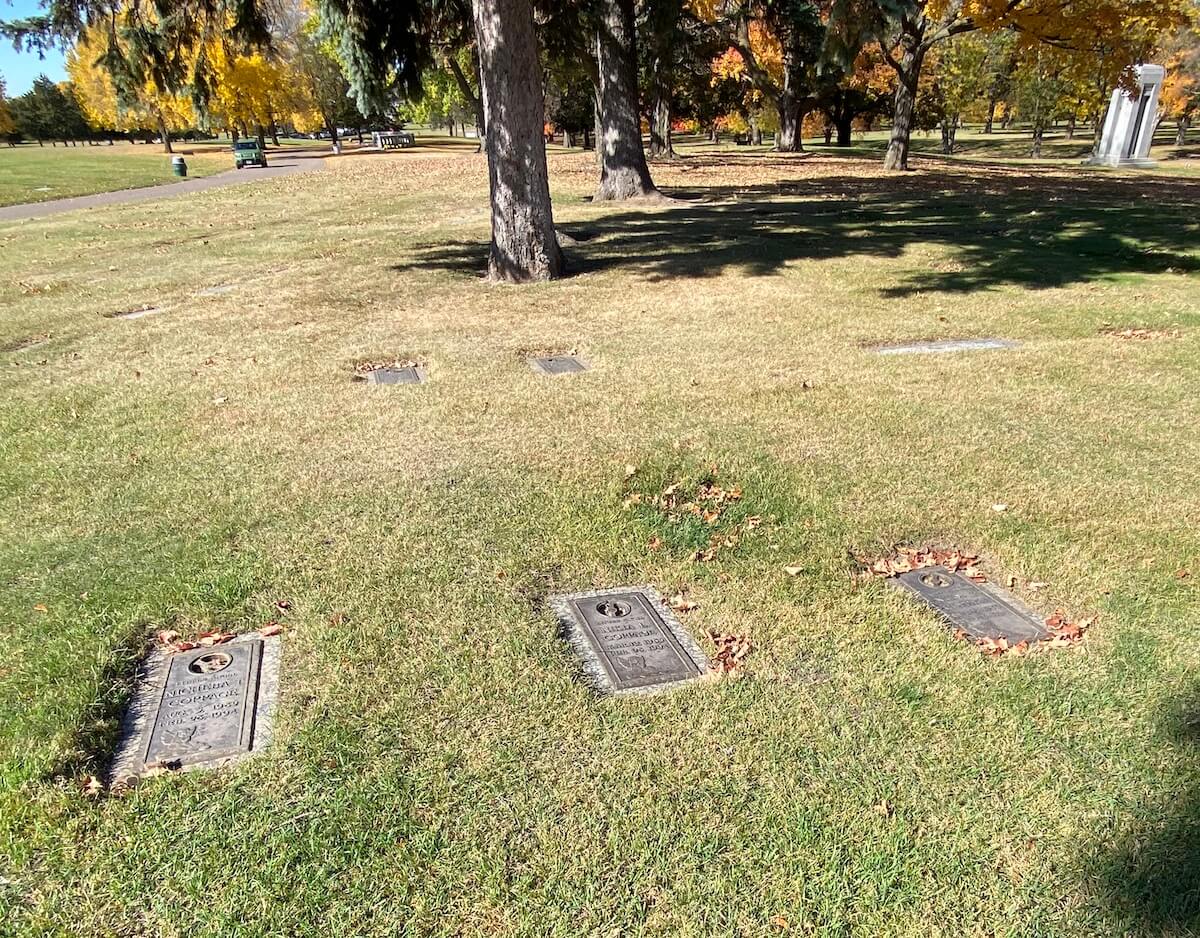 If you lived in the Twin Cities or probably anywhere in MN, you heard of the horrible fire that claimed these young children. I stumbled across their graves shortly after my grandmother died, when my dad and I went out to see how the marker looked – my grandmother’s name had been added to my grandfather’s marker and it had recently been placed. While my dad inspected the marker and went in search of other family members, and the plot he would eventually be buried, I walked around the grounds looking at the graves.

I love cemeteries, I think they’re fascinating and beautiful and I love looking at the headstones. The older the better. Seeing the markers for the Coppage children – a family I did not know, but nonetheless felt as though I knew, due to the publicity of the crime and subsequent trial – breaks my heart, as it did the whole community.

The horror of the way those five innocents died shocked the conscience of cops and a Twin Cities community then grappling with an unprecedented surge in gang-related killings and violence, on both sides of the river. (full article)

I don’t know what happened to their mother, or their brother for whom the fire was ordered. I can’t imagine the horribly heavy hearts they must have and will always have. I do hope that the cemetery brings them some kind of calm. There’s a bench not far from the children’s graves, a rarity in this cemetery so I imagine it was placed there for the surviving family so they had a place to rest while visiting the five children. I’ve sat on the grass many times to visit my grandparents, never once considered using the bench out of respect for the Coppage family.

I did not know the Coppage family, and yet I visit their graves each time I visit the graves of my family. There is some kind of connection – a human connection I suppose.