My Son Has Decided To Cut His Hair! 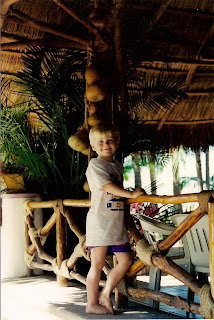 It is a great day indeed! My son has decided to cut his hair. He wants to get a job when he turns 16 in two weeks. He has filled out a few applications and plans to drop them off tomorrow after school. I casually mentioned that with the job market being what it is right now he better do all he can to look as professional as he possibly can. Which means he needs to cut his hair!

My son’s hair is about four inches below his shoulders. It is also dyed black on the bottom and bleached on the top. I’m not supposed to say this but it looks ridiculous. It doesn’t help at all that he is usually sporting some fantastic bedhead.

He knows I don’t care for his hair all that much but also knows I won’t force him to cut it. It’s hard to force him to do anything when he is more than a foot taller than me and nearly a hundred pounds more than me. I just want to be able to see my baby’s face again. I don’t care that it is covered with acne, which I’m sure will go away as soon as he gets the hair out of his face.

My son was a toehead when he was a little kid. That’s my baby in the picture there. Isn’t he cute? That was taken during a 7.2 earthquake down in Mexico. It was the only time he stood still. I think the movement of the earth was calming to him.

I don’t know if he will get the job, it’s tough out there right now and the jobs that are usually filled by teens are being filled by out of work adults. I do know that the place he wants to work is filled with other geeks just like him and he has been spending gobs of money there since he got his first video game console. I hope that helps him. Of course they may not want him working there since he is probably one of their best customers.

I’m sure his idea of a hair cut and my idea of one are vastly different but anything is going to be good. This is a great day indeed!