Is Hello Fresh Worth It?

One of my goals this year was to eat healthier and to cook more often. That’s hard to do with a picky eater and opposing dietary concerns. Between my daughter’s allergies and my low carb lifestyle I was falling into a rut of menus so I decided to try Hello Fresh. Is Hello Fresh worth it? I wondered that too. Their ads fill my social media, along with similar services, but I’d never tried them before. As a first time user you can get a pretty decent discount (this is not a sponsored post, I paid for Hello Fresh myself) so I decided to give them a try.

Is Hello Fresh Worth It?

I selected the 3 meals for 2 people option for $59.94. As a first time order, I got the first week for $29, which was a bargain as far as I was concerned. That boils down to $5 per person, per meal if my math is correct (and it very well might not be…). I couldn’t do much better than that at the grocery store and certainly couldn’t at a fast food place either.

From the 9 menus offered that week, I chose Chicken Chedder Fajitas, Chicken Sausage Orzotto and Teriyaki Chicken Stir-Fry. My daughter has aversions to pork and beef so chicken seemed to be the way to go.

All of the meals are relatively carb heavy. They all come with a rice, pasta or potato of some kind. It’s easy enough for me to not serve mine over rice or have the side so this isn’t a major concern, though I would like to see more high protien offerings.

The box arrived on the day they said it would. I was not home for most of that day so the box sat out in the sun for several hours. I was a little concerned about that, but the meat was packaged between two frozen packs and everything seemed fine.

As for freshness… eh. 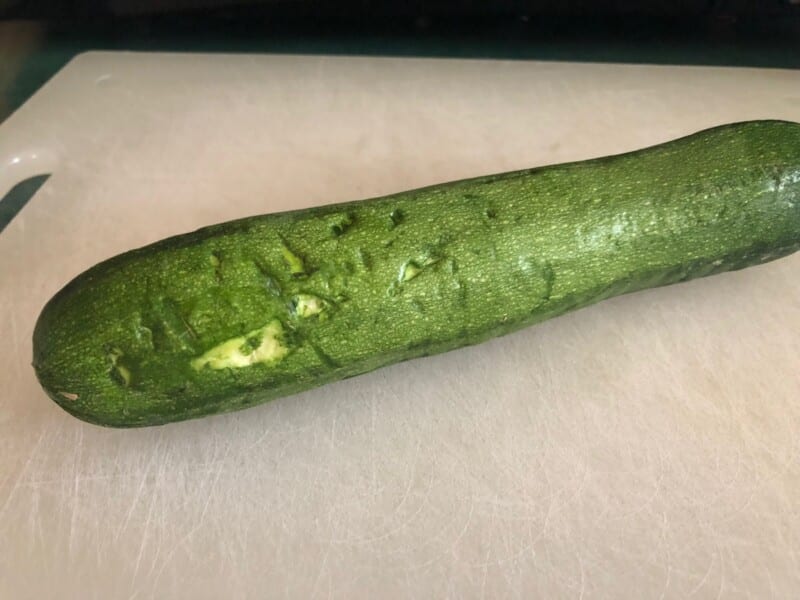 I’m not against purchasing produce that has a ding or two in it. It’s still perfectly good, just not as appealing. The first meal I made was the fajitas and both the onion and the lime were pretty banged up. The lime was also the tiniest lime I had seen. It was about the size of a key lime. I ended up using one of my own limes that I happened to have on hand.

The recipes were easy to make and the directions were very straightforward and the pictures were helpful. It took about 20 minutes from start to finish to make the fajitas. The same goes for the other two meals. It was super hot when I made the fajitas so did not use the oven to warm the tortillas. I used the mircrowave instead and it was perfectly fine.

The daughter loved the fajitas and there were actually no leftovers of this meal. When I made the other two recipes, there were plenty of leftovers for lunch the next day. Not because we didn’t like them but because there was more food than we could eat.

I was actually surprised that I got so much food from so little ingredients. The chicken was in a tiny little pack and it was astonishing to me that so much came out of it. 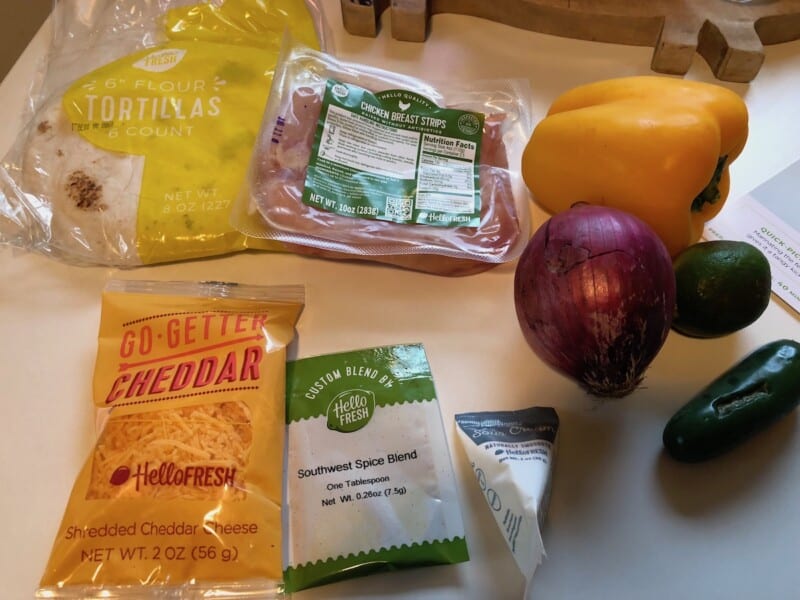 The Chicken Sausage Orsotto and Teriyaki Stir-Fry both took about the same time to prepare and cook – 20 minutes. Of the three the fajitas was by far the best tasting. The orzotto had a decent amount of flavor but too much pasta in my opinion. I would skip the pankco sprinkled on top the next time around too. The teriyaki stir fry was super easy to make and smelled wonderful, it just tasted a little bland. I might add some peppers and other veggies next time.

All of these meals were easy to make and fast. If you’re strapped for time like I am, they’re nice to have in the fridge for a quick and nutrious meal. The problem for me was that I didn’t get to cooking them right away. I meant to, but the day got away from me and I didn’t feel like cooking. The bags they come it take a fair amount of fridge space so I really wanted to use them asap.

Knowing what I want to eat in advance is a tricky thing. When I ordered the meals it was a little cooler and the heavy meals seemed like a good idea. When I cooked them it was nearly 100 degrees so the meals were heavier than I would have prefered. This is not the fault of Hello Fresh, just something to keep in mind.

I will probably continue to use Hello Fresh, though certainly not every week. This might be a monthly sort of thing. The cost is a little prohibitive. I can purchase a lot more groceries for $60. This is not to say the service isn’t worth $60. The meals are put together in a bag with super easy cooking instructions. That’s worth a lot, espeically if you don’t cook or feel comfortable cooking.

The thing I liked the most about Hello Fresh was that it reminded me that cooking can be easy, fast and nutrious, I just have to put some thought into it or have Hello Fresh do it for me.

Is Hello Fresh worth it? It certainly is for the introductory price, no doubt about it. At full price it is still worth it for the convenience of having the meals planned and ingredients all shopped for. But that feeling that I could get more groceries for the same amount of money (at full price) is powerful. The convenience is worth it, just hard to get over.

If you’ve wanted to try Hello Fresh, but have been on the fence about it, give it a try. Use the link below for a $40 discount on your first order. There is no obligation and you can quit at any time.

If you’d like to try Hello Fresh you can click here to get $40 off your intial purchase.