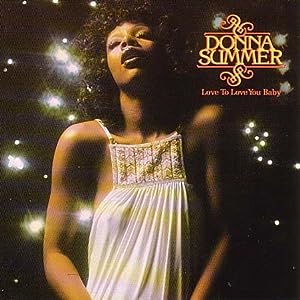 Cover of Love to Love You Baby

There are trends that come and go in the music business, the Auto-Tune is an extremely popular trend these days. And it would be nice if some would give it a rest. I’d actually like to hear what your real voice sounds like. But this post isn’t about that. No, this post is about songs with great drum solos and songs that are basically just a three minute orgasm.

Let me be the first to say that my musical exposure was not that great. We had one top 40 radio station when I was a kid and that is what we all listened to. I wasn’t a stoner so I didn’t listen to better rock music. I tried but it usually gave me a headache. So when you make fun of my choices in music, keep that in mind.

Also, since when can’t we embed videos? Did I miss the memo?

Everyone has their favorite kick ass drum solo, and I certainly want to hear yours, but I think we can all agree that the following songs have drum solos that are show stoppers. I am a kick ass drummer in the car whenever one of these bad boys comes on the radio. Thankfully, I can drive with my knees while banging out the solos.

Jack and Diane by John Cougar, back before he insisted on being John Mellencamp (Solo 2:31)

Wipe Out by The Ventures (Solo is the whole fucking song)

I know there are way more but as I was writing this there were six guys on my roof banging nails and yelling things in Spanish. It’s incredibly difficult to get your kick ass drum solo on when you can’t think and you are worried about immigration showing up.

I wanted to include something from Def Leppard but I couldn’t find any one song that had a great drum solo, all of their songs have great drums in them, especially when you consider their drummer only has one arm. I’m including this because it’s a great song and it should be a part of the RSB over at IDoThings.

Pour Some Sugar On Me by Def Leppard

On to the orgasms

Love To Love You Baby by Donna Summer

You have to watch this video just to see the horrible dancers in the background, Donna isn’t that great either.

Touch Me by Samantha Fox

This actually has a pretty good drum solo in it too. You might need some tissues after this one.

Could it be Magic by Barry Manilow

Don’t laugh, just listen to the lyrics. Also, the plastic surgery was a really good thing.

Come on Get Higher by Matt Nathanson (2:02 if you don’t want to watch the whole thing)

Is it just me or does everyone want to pull that thing out of his nose?

You Shook Me All Night Long by AC/DC

More talk than action but still belongs in this category, because it is a most awesome song.

Actually any song by Prince is about orgasms.

The Stroke by Billy Squier

This is more about hand jobs but he still blows his wad at the end so it works.

In my search of Billy Squier videos I ran across Rock Me Tonite and have decided that this is when Billy jumped the shark.

So those are mine, what are yours?