I’ve had an iPhone for years, I’ve had an Apple Watch for about a year. I love it, but it has some limitations. The good news is Apple upgrades the Apple Watch, iPhone 7. The big news is Apple Watch is now waterproof, though they are calling it water resistant to 50 meters. Whatever, it means I can now swim with it on, more importantly I can have the calorie count included in my daily activity.

They’ve included some new features to the software and the processing is 50% faster, but I haven’t heard if the Health app will play with MyFitness Pal or FitBit. I’m waiting for this feature, without it I am forced to wear a Fitbit so I can compete in challenges. I don’t understand why they choose not to make them compatible.

iPhone 7 looks completely different. It’s sleeker, also waterproof, and has a new camera – stabiliazation, editing, wide color… 7mp FaceTime HD Camera on the front, 12 mp camera on the back. It’s “the best camera we’ve ever made”. The iPhone 7 Plus has two cameras, one is a telephoto, the other is a more standard camera. Now includes a shallow depth of field feature (crisp sharp image with blurred background). It’s complicated, but actually pretty cool how they’ve done it. Smart Phone photography just got a whole lot better, and easier. I won’t have to carry around my DSLR for simple gigs anymore.

Stereo speakers have been added to the iPhone 7.

Earphones now work over the Lightening connector. An adaptor will be included for the analog headphone jack. 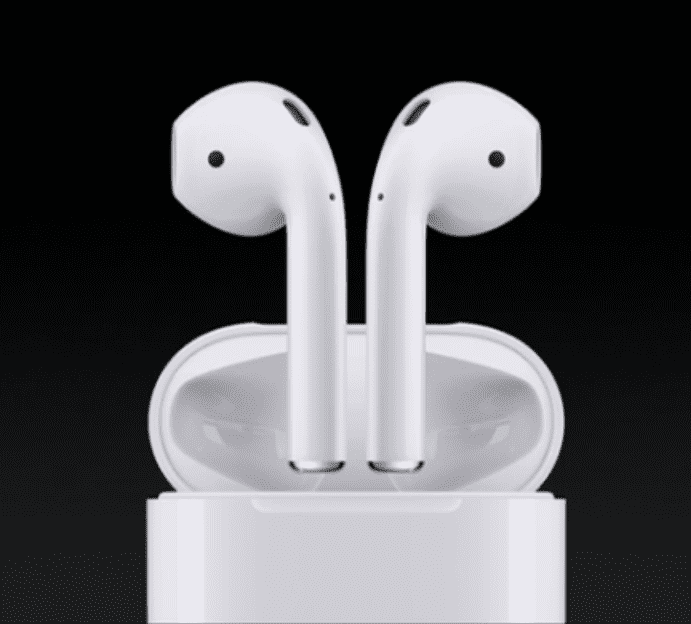 Small, pair easily, 24 hours of listening, connects to any Apple device like MacBook, iMac, MacBook Pro, Apple Watch, iPad, etc… They can be used as a pair or just one.

Mario comes to iPhone. Coming soon Nintendo’s Mario Run will be a game app on the iPhone. Pokemon Go can also be played on the Apple Watch.