So You Want to Get a Puppy…

If you’re thinking about getting a puppy – don’t. Actually do, they’re adorable and cute and cuddly and floppy and wonderful. They just don’t sleep when you want them to and they poop and pee a lot, especially when you aren’t looking.

We recently got a new puppy. We went through a border collie rescue and found the most adorable puppy. This was not a spur of the moment decision. We got pre-approved for a puppy in the winter and waited to choose a puppy so it would be ready to go home when the snow melted.

This year that happened to be in June.

We brought our puppy home last weekend. Normally I’d have a gazillion pictures of the newest member of our family, but I’m so busy running around shouting “No!” and “Don’t eat that!!!” that I haven’t had much time to take many photos. She also moves really fast so the photos I have managed to take are out of focus. 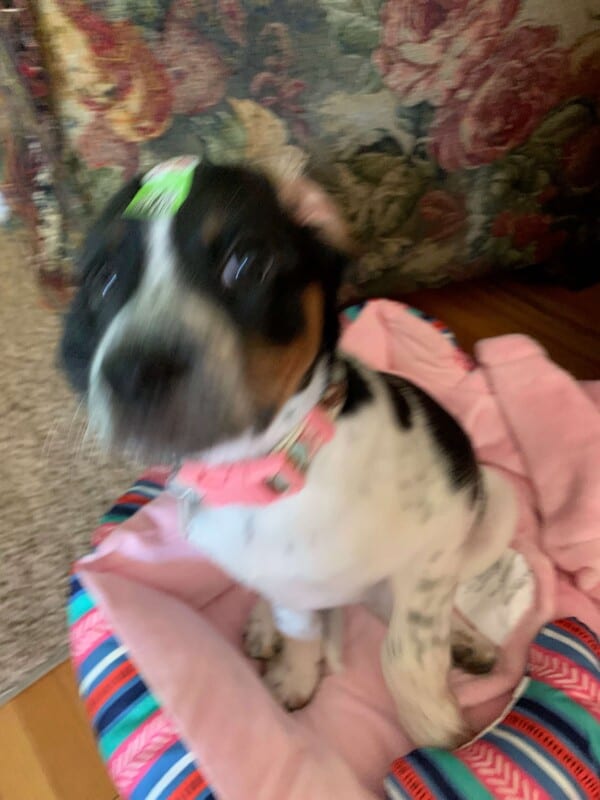 Puppies are great, and this puppy is adorable. The daughter and I named her Lilith because we figured she was going to be a little terror and Satan didn’t seem like a nice name to give her. I thought her name might get shortened to Lil, but that doesn’t seem to be happening. We have called her ‘Lil Shit, ‘Lil Stinker, and ‘Lil Terror.

Having a puppy is like having equivalent to having a newborn, 5 toddlers, a teenager and two puppies. 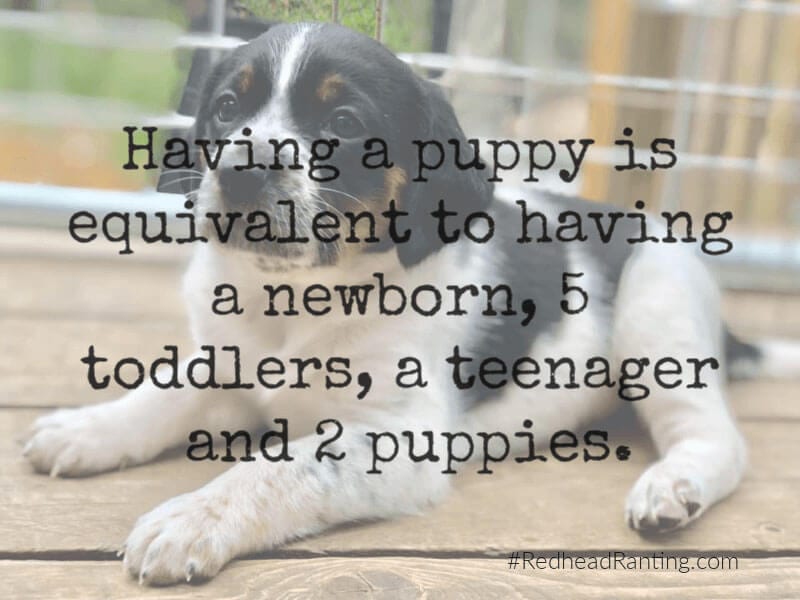 If you get a puppy, and you have another dog, you’re really got your work cut out for you. We have a Ruby, Ruby is a pit bull/boxer/lab. She’s sweet, spoiled and very needy. She’s not stupid, but she is not the smarted dog I have ever had. Lilith is a border collie and coon hound, she’s smart, very smart. She’s also filled with energy that Ruby gets a little tired of putting up with. 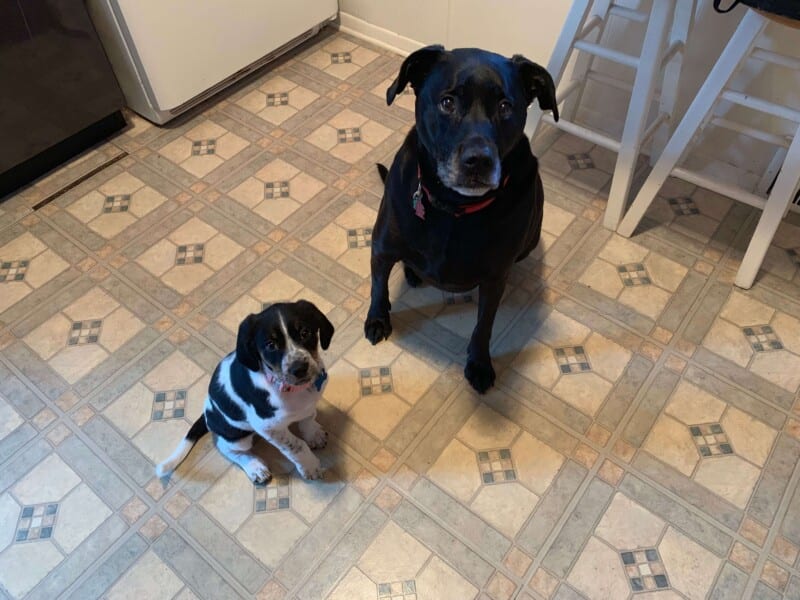 I spend more time walking Ruby, trying to tire her out so that I can then play with the puppy (because the leash is not something she understands yet) in the yard without 80lbs of Ruby bowling into her to get the ball first.

Mostly I’m waiting for Lilith to be bigger so she can play with Ruby and I won’t have to run interference.

Lilith is adorable, she’s going to be a fantastic dog and already Ruby is used to having another dog around – Stanley passed away two years ago and Ruby really needed a friend. The vet said a puppy was a better option than an older dog because Ruby would feel maternal to a puppy and there wouldn’t be issues of status. I don’t know about that, an older dog sure would have been nice. 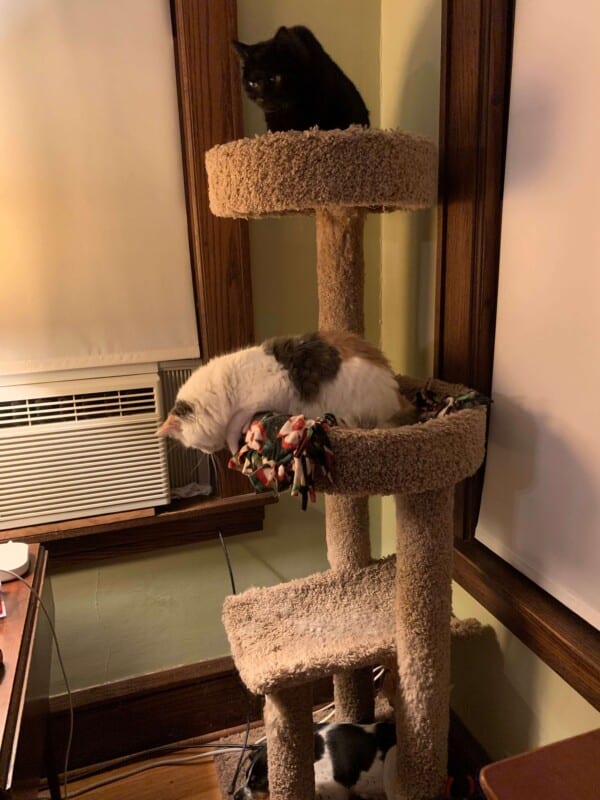 The cats are not so thrilled about having a puppy around, they moved into the basement when we brought the puppy home. They are curious, but not so much that they want to hang out with a 10 lb ball of energy and sharp little teeth. I don’t blame them at all.

Speaking of teeth – my arms are filled with bloody teeth marks. I’m not even sure when it happened but that might be because I am so bloody tired.

Lilith is little right now, but she will probably be 50-60 lbs if not bigger. That can’t happen soon enough because right now she keeps scooting under things like the couch, armoire, and anything else too small for me to go in pull her out. She’s finding all the rawhide bones that Ruby has lost over the years. Ruby is thrill with this, but I am not. Ruby can’t stomach rawhide, if she eats one she paces until she poops, which is usually hours. Now she gets bully sticks.

You can tell we have a puppy because the couch is boarded off, there are baby gates everywhere, all the things that were on the floor or at puppy level are now on the dining room table.

I know this well get better, I know this only lasts for a little while and I should enjoy it while it lasts, but OMG I need a nap and to vacuum.