That’s probably not the best headline when it comes to keywords and SEO. Most people are not going to lump these two ladies together for any reason except that they happened to die on the same day.

While they may not have had much in common they were inspiring to young girls all over the world.

I didn’t pay a lot of attention to politics when Margaret Thatcher was Prime Minister but I my brother did and as a Young Republican who would have sawed off his right and left leg to meet Ronald Reagan I knew she was pretty important. I was thrilled that there was a woman who held such power. If they could elect a woman across the pond then surely, one day, we might do it here.

Margaret Thatcher took no crap from anyone and she pulled no punches. Many people hated her but many more respected her. I was one those who had great respect for the Iron Lady.

Here are some of Margaret Thatcher’s more memorable quotes:

“Socialist governments traditionally do make a financial mess. They always run out of other people’s money. It’s quite a characteristic of them.” Speech, 1976

“They are casting their problems at society. And, you know, there’s no such thing as society. There are individual men and women and there are families. And no government can do anything except through people, and people must look after themselves first. It is our duty to look after ourselves and then, also, to look after our neighbours.”  Interview in Women’s Own in 1987

“The fact that we are gathered here, now — shocked but composed and determined – is a sign not only that this attack has failed but that all attempts to destroy democracy will fail.” Remarks following an IRA bombing that killed members of cabinet, 1984 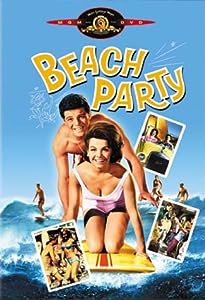 Annette Funicello, as some of you may or may not know was the original Brittany Spears. She was in the first incarnation of the Mickey Mouse Club and considered the all time favorite. From there she went on to star in many movies about teenagers hanging out at the beach. When she was older she was diagnosed with MS. She hid her illness for a several years but when she revealed it she established The Annette Funicello Research Fund for Neurological Diseases.

I enjoyed her beach party movies in reruns because, to me, they were proof that there was a simpler time. I went through a 50s phase when I was kid. I wore my hair in a ponytail and wore my mother’s old oxford shirts and skirts with crinolines. I even rolled my socks down. I wanted to be vapid and carefree like Annette in her beach movies. Unfortunately, as some other Minnesotan once sang; the times they were a-changing.

Here are some memorable quotes from Annette Funicello:

“Growing up in public is especially hard sometimes.”

“Of all the roles I’ve played, none has been as fulfilling as being a mother.”

“Life doesn’t have to be perfect to be wonderful.”

“Just learning that you have MS is such a devastating shock.”

“For me, the wheelchair symbolizes disability in a way a cane does not.”

You can’t really compare the two ladies. They represent opposing ideas of what women should be and back then there were not many role models to choose from.