Here are my thoughts on Trump and Golden Showers, but first I should mention I did not bother to read the Buzzfeed article, the dossier that was apparently handed over from John McCain to the FBI or maybe it was the CIA or possible the NSA, TSA, FCC, JCC or AARP, and I didn’t see any of the press conference Donald Trump gave today, either.

I have however, seen about eleventy billion Facebook posts about golden showers today.

While I might lean to the right politically, I am pretty liberal when it comes to the stuff you do in the privacy of your own home, or hotel room as the case may be. Personally, I think golden showers are icky, but some people get into that stuff. It’s none of my business. Just like it’s none of my business if someone wants to put a cigar in someone’s vag, muff, honey pot, pussy, lady bits, cooch, twat, cooter, or whatever we’re calling it these days.

Whatever Floats your Boat

I don’t care, I just really don’t want to hear about it.

I don’t know who did what, who leaked it or if any of it is true. I do know that we’re all getting played.

Maybe it’s the Russians who are playing us? Or Putin, the media, Hillary Clinton, John McCain, any of the republican candidates from the primary, Obama, several former and current Miss Americas, Bill Cosby, Bernie Sanders, or possibly Joe Biden. 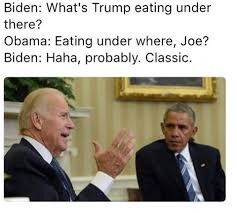 I don’t know who it is playing us, but we’re all falling for it. We’re all acting like crazy people with absolutely nothing better to do than gossip, speculate and actually act as if we know know some kind of truth about all of this.

We don’t. We don’t know the truth about any of this and yet many of us are acting like super sleuths trying to figure things out.

If it hadn’t been for those crazy kids and their dog….

The thing is, when Buzzfeed and other reputable news sources (I’m not really including Buzzfeed in the reputable category, they’re more the clickbait category) post unsubstantiated, unverified, unproven, possibly false, possibly (even likely) faked, dossiers about someone we shouldn’t get our collective panties in a bunch about it.

We already thought he was the worst thing ever, why is this business about golden showers so newsworthy? Haven’t we had enough?

I’m not trying to make light of the Russian hacking, if that’s what this is about then we need to put a stop to it. Full Stop. Sanctions, whatever it takes to punish them. I’m all for that.

This Seems to be Something Else

I don’t like Trump, I think he is vile, deplorable, vulgar and I would prefer he was not going to be president of the United States, but I don’t think a golden shower is going to get anyone impeached. And while it is true that douchebaggery is hard to cure, it’s not illegal.

Seriously, I’m not defending him.

I just don’t want to hear about any of this anymore. Haven’t we got better things with which to get worked up?

I don’t know much about this, but I do know that someone is making money because of it.