One of the greatest thing about being a Minnesota Blogger is that I get invited to some pretty cool events. Last night I was lucky enough to attend a preview of Ice Castles in Stillwater, MN. It was a beautifully clear night out because it was -1°F, the windchill was -24°F. Trust me when I say it was cold. It might not be on your list of things to do in Minnesota – to visit a giant ice sculpture when it’s that cold, but that’s what I did.

And you should too. 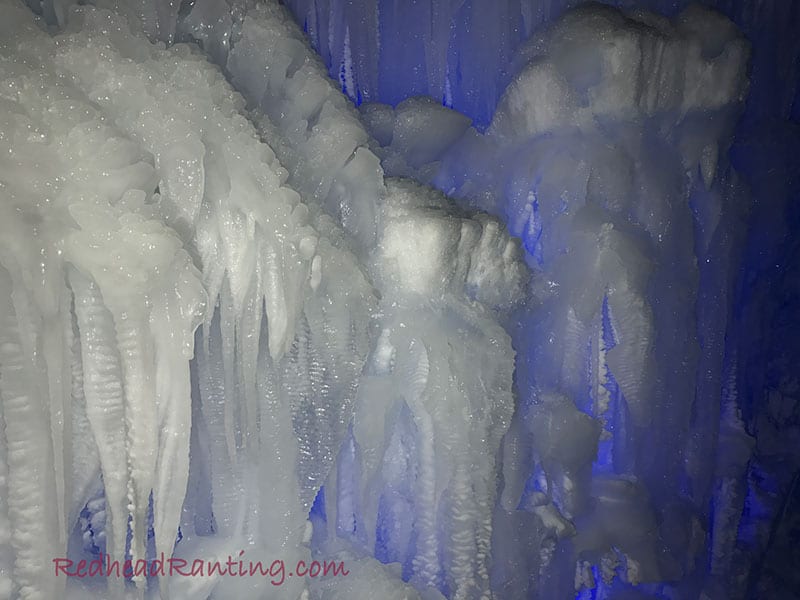 The Ice Castles in Stillwater are made with a combination of hand placed icicles and running water. The people who build these magical ice structures place around 15,000 icicles by hand as they grow the ice around them using running water.

I believe this is the first year Ice Castles has been in Stillwater, MN. It’s been at the Mall of America in Bloomington before and Eden Prairie before this. Stillwater is a great place for Ice Castles. Not only is there ample free parking, but it’s such a picturesque town, something special like Ice Castles fits right in.

You’d think something as lovely and beautiful as these ice sculptures wouldn’t have any controversy around them but you’d be wrong. Evidently there are some people who are upset that the ice structures are named Ice Castles, they argue they should be called Ice Stalagmites and Stalactites because of the way they are created. That may be so, but it’s silly to get worked up over something so petty.

However, Ice Castles are not to be confused with the ice castles created for the St. Paul Winter Carnival. Those structure are build out of blocks of ice, not grown using running water. 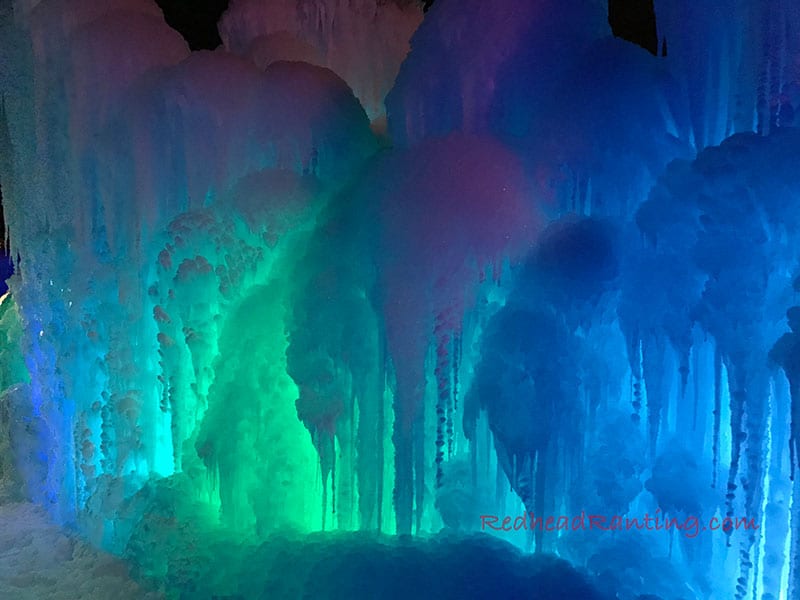 It doesn’t really matter how Ice Castles was formed, they’re beautiful. I toured the structure at night so the various ice walls and fountains were lit up in a stunning display of blue, red, orange, and green. I would have loved to have stayed longer to really get a good look at the way the ice was formed, it was really cool. It was also really cold and difficult to stay for too long.

The floor of the Ice Castle is chopped ice/snow. This is not wheelchair or stroller accessible. Walking in the inches deep ice/snow was slightly challenging in big old lunky boots. Pets are not allowed. It is cold inside the structure, it might even be colder than outside – you know, because you’re inside a ice. There might be some science about it one way or the other but at -24°F windchill, it really doesn’t matter. 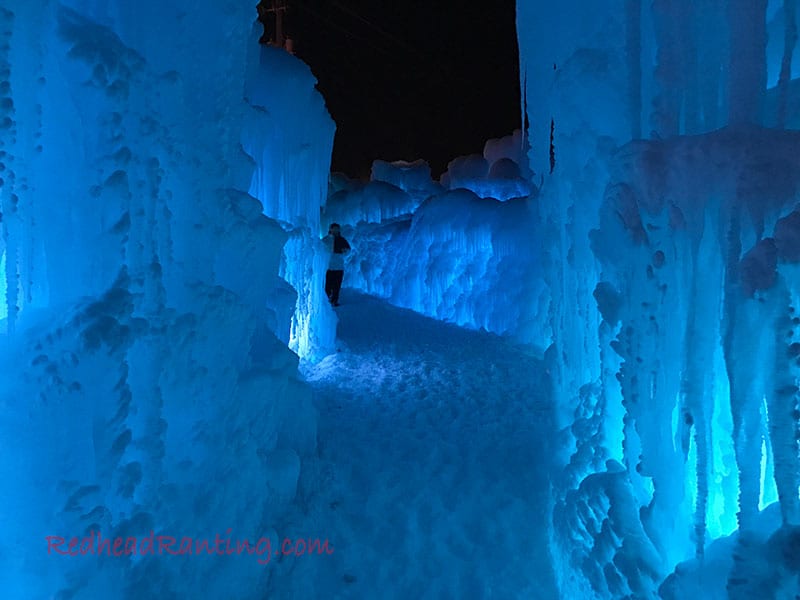 I wore fleece tights under jeans and my legs still felt as if they had frozen. I wore boots rated to -30° and my feet were just fine. Tennies or any other kind of shoe is not going to be comfortable or easy to navigate through the ice/snow floor. Wear warm boots that have some grip to them. Mittens, hat, ear muffs and a scarf or ski mask to cover your face is completely appropriate.

Buy your tickets online, you’ll save a ton of cash. Click here to purchase tickets. And click here to learn more about the ice structures and how they’re made. 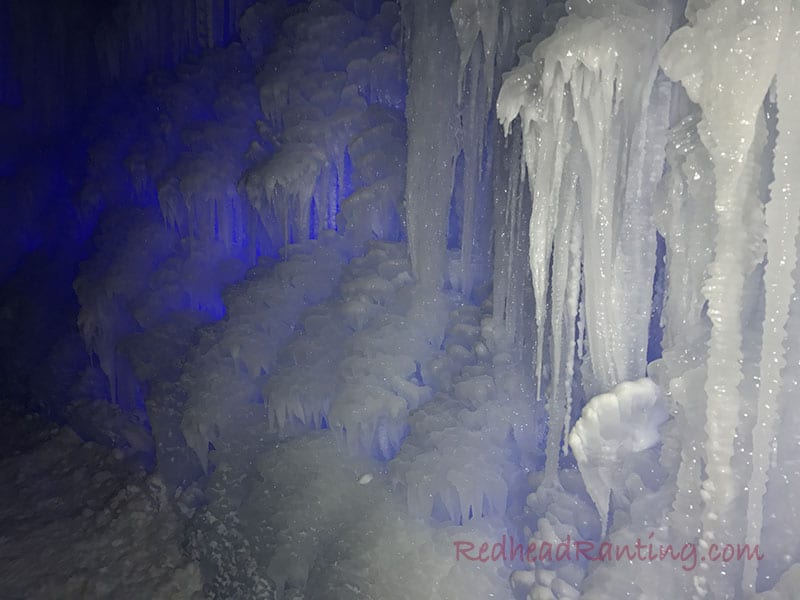 Make a Day of it

Stillwater is a lovely town. If you plan on visiting Ice Castles make a day of it and have yourself an adventure. There are whimsical shops to visit and some great restaurants all within walking distance of Ice Castles.