This week for Walking Dead Recipes we’re doing Daryl’s Marinated Chicken. The idea is to create a recipe using things that are likely to be available after living in the zombie apocalypse for two years (about where we are in the show based on Judith’s age and not Maggie’s pregnancy). I assume chickens would be raised both for the eggs and the meat. Since it is Daryl, it should have been squirrel, but I’m not eating squirrel. The same will go for Enid’s Trutle. I’ll probably do a turtle dessert or something because while people do eat turtle soup I don’t know where I might procure a dead turtle.

You’re probably asking why I’m creating recipes around The Walking Dead? That’s an excellent question. Clearly I have too much time on my hands. I don’t know why, it seemed like a good idea last week so I’m gonna ride it out and see where it takes me. This year I decided I was going to ask myself – I Wonder What Would Happen If I…..? – more often and then follow through. That’s why I’m making Walking Dead recipes.

For this Walking Dead recipe – Daryl’s Marinated Chicken, I tried several different oil and vinegar combinations with chicken breasts. Olive oil has a shelf life of anywhere from a few months to several years depending on how it was packaged and stored (there are other factors based on the type of olive, the harvest, etc). A good olive oil that has been packaged and stored properly (in a cool dark place) can last for several years so if you store your olive oil by the stove go and move it now to a cool, dark place. Vinegars can last forever, doesn’t really matter how you store them. 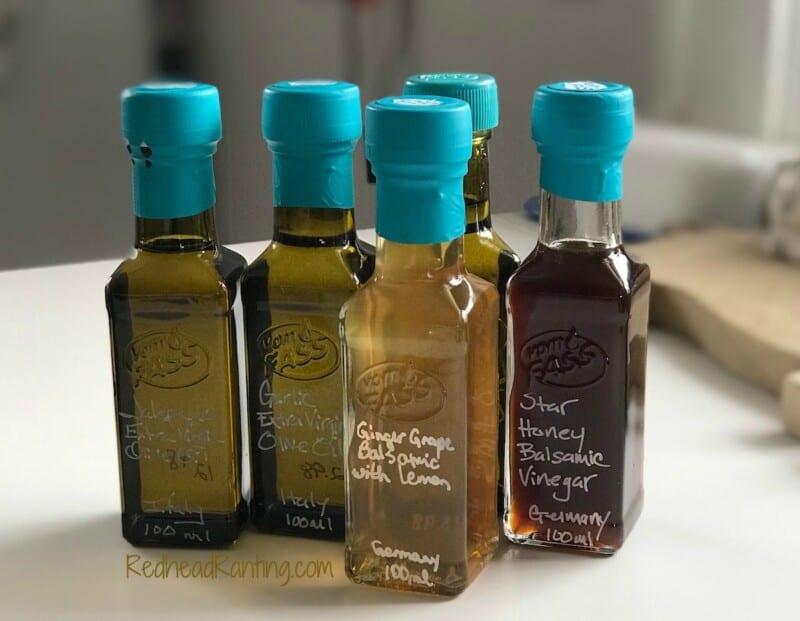 For this recipe I’m using Vom Fass oils and vinegars. If you’re in the Twin Cities and go to the Mall of America, there’s a nice little coupon code at the end of the post for $5 off $40.

I used the following combinations of oil and vinegar, and used a 1:1 ratio of oil to vinegar. 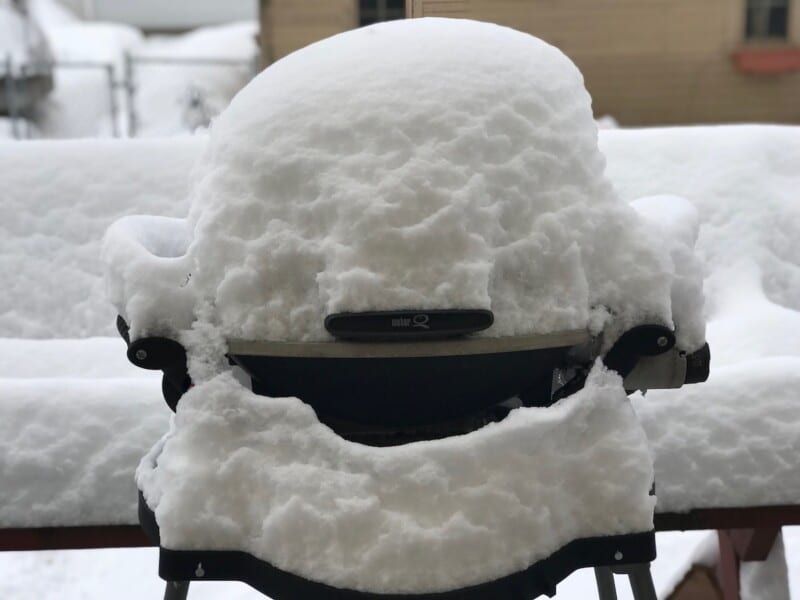 I would normally cook chicken breasts on the grill, but this is what my grill looks like at the moment. Instead I seared the chicken in a non-stick pan and then finished in the oven until the chicken reached an internal temperature of 165°. I use the OXO Good Grips Chef’s Precision Analog Instant Read Meat Thermometer

, it’s easy to read and easy to clean. Yes, that’s an affiliate link. If you click on it and buy something I might make a few cents.

I never used to use a meat thermometer. Mostly because one of the kids had run off with it and tried to take the dog’s temperature. Now that I make wine and do a fair amount of canning, I want to know what temp things are at so I know how long to expect the fermentation process to take. And let’s face it, during a zombie apocalypse, you want to know you’ve killed any bacteria that might be in your meat.

Of the four different combinations I tried, my favorite is the Star Honey Balsamic Vinegar / Jalapeno Extra Virgin Olive Oil combination. There’s only a hint of heat from the jalapeno and the balsamic is to-die-for. I bought a small bottle, way too small, I can see putting this vinegar on everything from meat (it would have been wonderful to just drizzle some on top) to plain yogurt or vanilla ice cream. Seriously, it is that delicious.

If you have any ideas for Walking Dead recipes you’d like to see, drop a comment below.

If you’re in the Twin Cities and are interested in trying this amazing vinegar, you can get a nice discount at the Mall of America shop (located on the third level next to Carlo’s Bakery near the food court). For a $5 off $40 coupon just give them the code JB. It’s good until March 15th. Check out their Facebook page for delicious recipes. 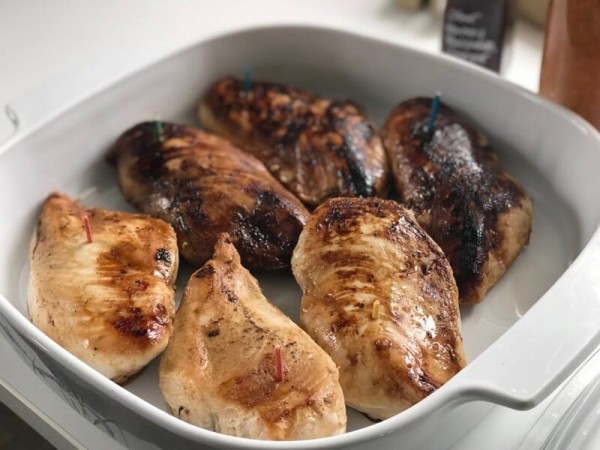