What a long strange trip it’s been.

We’re only one week into 2021 and already it’s outdone its predecessor. Pretty sure there’s no need for a recap, we’ve all been glued to our screens while the Capitol was stormed and breached by a bunch of dumbass Trump supporters.

All those who stormed the Capitol and entered it to cause harm, fear and chaos should be prosecuted. Period. Full Stop. While this gathering may have started as a peaceful protest for some, clearly there were those who had intent to do more than protest and wanted to cause harm. Like the riots this summer that burned down my city, this kind of behavior should never be tolerated and those who participated in the lunacy should be held accountable. 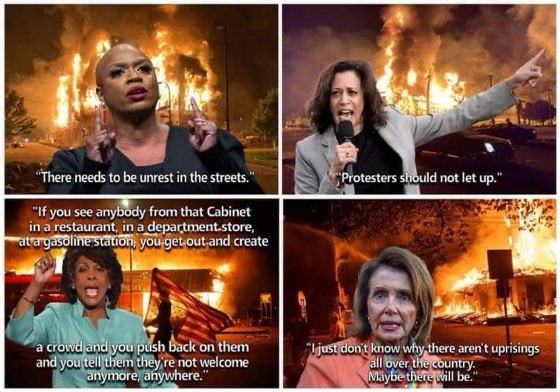 Twitter has permanently shut down Trump’s account. It has also limited the actions of others with conservative tendencies. I rarely use my Twitter account – I promote my posts here, but that’s about it. I find Twitter to be just a hair above 4Chan so keep my distance – but I stopped by there this morning and found I was unable to follow anyone with a conservative tone.

In addition to banning Trump from Twitter – Google has removed the Parler app from Google Play and Apple is threatening to remove it if the platform doesn’t start moderating the content. Youtube has long been demonetizing right leaning content creators and now just locking them out.

I don’t have an issue really with Twitter banning Trump from their platform. I think it’s extremely short sighted, petty, and probably more about currying favor with the Democrats in hopes they don’t break up the tech monopolies than it is about any kind of principle – but it’s a private company and they can choose to serve whomever they want. I do have a problem with Apple and Google removing what is widely believed to be a conservative platform from their apps stores – probably for the same reason.

What is even more disturbing is that those on the left are cheering these actions. Only a handful of my left leaning friends on Facebook see how terrifying this really is.

Not a Safe Space

(spoiler alert – there is no such thing as a Safe Space)

I have a lot of thoughts about all of these recent events and so much more. I leave the politics to those who spend their days learning, thinking, listening and questioning current events and who are masters of the written word like Mitch Berg at Shot in the Dark and Brad Carlson at The Brad Carlson Blog (Dudes, both of you need to get your SSL certificate, hit me up, I can help you both with that), who both happen to have radio shows on AM 1280 The Patriot. I leave the politics to them because they know what they are talking about. I know what I believe, but that’s not the same thing.

For the most part I don’t share those beliefs because while I don’t consider them radical in the least – they could certainly offend someone and that’s all it takes to get doxxed, banned or canceled. I was canceled in 8th grade by a bunch of insecure teenage girls, I still don’t know what I did to piss them off – it was godawful then and I suspect it isn’t any different now. Especially since it is the same people doing the canceling – they’ve grown up and organized, but they’re still just as insecure as ever, acting on emotion rather than reason and patting each other on the back for doing something, anything that means nothing.

I try not to act on emotion, I do it anyway, but I try not to. I try to use reason and logic, so I try not to go off half-cocked because it’s only ever gotten me in trouble. I must have achieved some semblance of wisdom as I’ve aged because most people who knew me in my youth would tell you half-cocked was a pretty regular thing for me.

Anyway, I’ve held my tongue for a long, long time. I’ve shut up about stupidity that so many seemingly smart people exhibit. I’ll continue to hold my tongue on social media – those are not my properties, but this one is. There will be no trigger warnings.