How Did We Survive?

Originally this post was going to be about awkward family photos.

In the another blogger gets a book deal file is this fun site about awkward family photos. I figured I could post a few of my family photos that were just as awkward. The post was going to be a little on the snarky side because I am jealous of any blogger who seems to be an overnight success by getting a book deal and winding up on the Today Show.  I’ve been a little testy lately.

In my search for awkward family photos I discovered there weren’t many that were truly awkward. There were several that were funny: 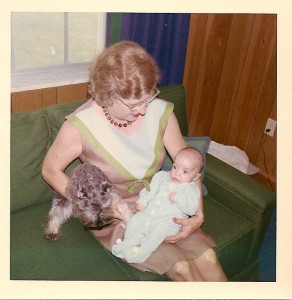 I don’t know who that baby is but I thought he looked funny.  That is my grandmother and some strange dog, I don’t recognize the house.  This picture was taken in 1966 so that baby would be 44ish now. I apologize if this is you. 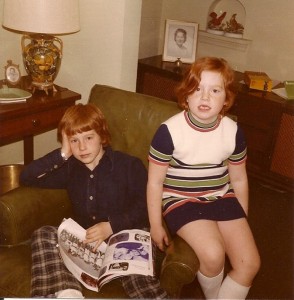 This actually is rather awkward. Yep, that’s me, during my long, drawn out, awkward phase. Hey, at least I’m not wearing those pants that my brother is wearing.

I couldn’t find any pictures that were truly horrible but I did find a lot of photos that were interesting and made me wonder how we ever survived growing up back in then. 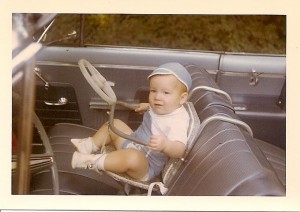 That’s my brother in his car seat in our family convertible. 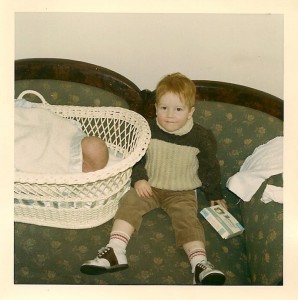 That’s me, face down, in the bassinet.

Remember when kids where still allowed to play with guns? 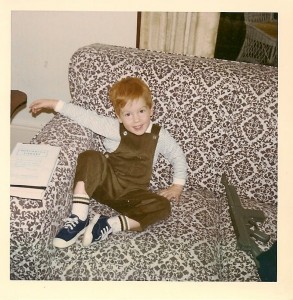 My brother has grown up to be a very calm, reasonable person. To my knowledge he has never picked up a real gun. 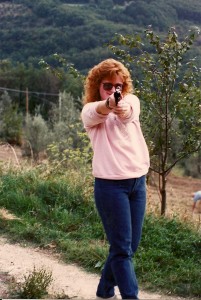 I played with dolls as a child.

And finally, the picture that just says so much 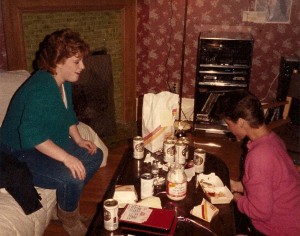 Mullet, seven beers, full ashtray, nearly empty salt shaker, fast food, diet mayonnaise because that fixed everything, and Diet Pepsi obviously this picture was taken before Diet Coke was invented. Don’t even get me started on the wallpaper.