Christmas is a time when I try to impart on my children the traditions I grew up with. Yes, I’ve made them try lutefisk and there’s always some pickled herring in the fridge, but those aren’t the traditions I’m talking about.

Growing up, Christmas was celebrated twice. Once with extended family and once with just the four of us – Mom, Dad, my brother and me. The extend family celebrations were fun – especially when we were all too young to know better – but also anxiety provoking as we got older. My father had high standards, something he got from his parents. He never felt as though he measured up to his parents expectations even though he was a surgeon. He passed this belief – of not measuring up – to his own kids. 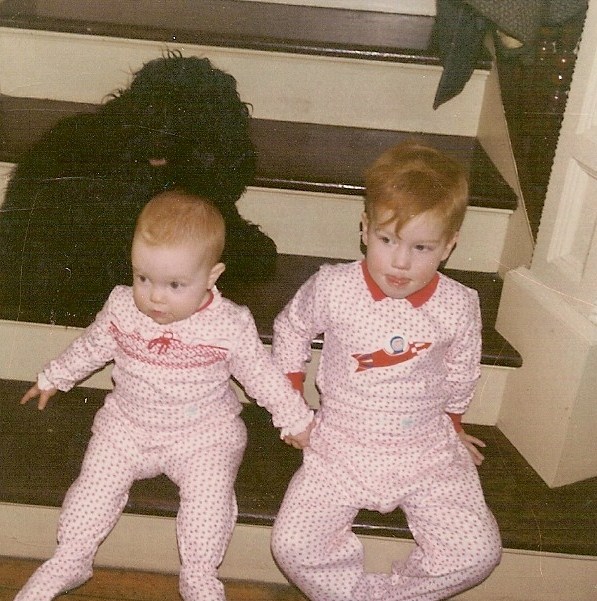 Due to my mother’s illness, and the amount of care she needed from me and my brother, I never felt as if I fit in. Other kids just didn’t have any idea what it was like to take such intimate care of a parent while at the same time lacking that kind of necessary care from a parent.

Every Christmas my mother would give my brother and me some money – or the charge card – and tell us to buy stocking stuffers for each other. We’d usually shop at the corner drugstore as neither of us could drive. As we got a little older we’d take the bus downtown to do our shopping at Dayton’s department store in Saint Paul – Mary Tyler Moore throws her hat up in the air in front of the Dayton’s in downtown Minneapolis. It was there that my brother purchased the special presents for my mother – monogrammed everything – necklace, earrings, bracelet. You name it if they could engrave it he’d get it for her. I think he really enjoyed watching the engraving machine.

I’d wrap whatever trinkets I found at the drug store, or socks from Dayton’s,  and shove them in a green and red stocking with the name Kit on the top. My grandmother, an avid knitter, had knitted for us when we were infants. 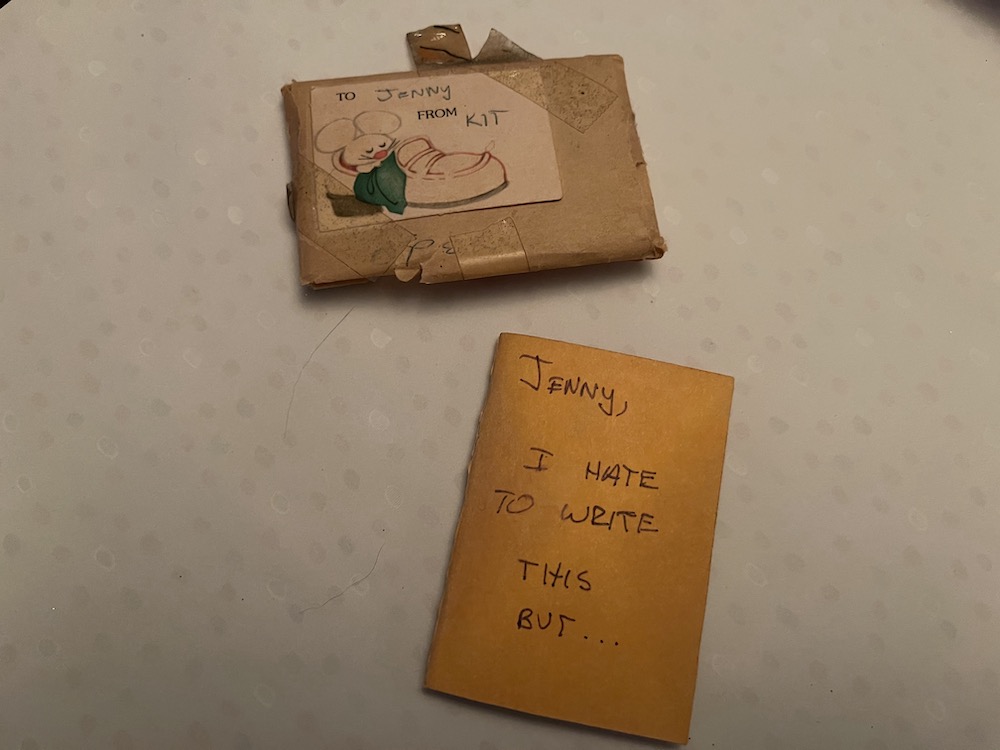 My brother put a gift or two in my stocking, wrapped with more tape than God meant for anyone to use, but did something magical with the other gifts.

Each year my brother would do something clever with his stocking task. One year in particular he created a scavenger hunt of sorts with my gift. He hid a handful or two of decoy gifts – beautifully wrapped in both holiday wrapping paper and my dad’s favorite – paper bags from the liquor store. Each would have an envelope inside with a clue – like the the one above – that I would have to figure out – not too hard so I could actually get to the next package – but not too easy either.

See, that was the thing about my brother – even though we fought like cats and dogs and I often screamed that I hated him (because OMG he could be an asshole at times) – he knew me better than my parents or me (which is why he so easily was able to get under my skin and bug the ever living shit out of me).

I’d have to search through the house to find the next clue. A clue would be hidden in the Grandfather Clock at the bottom of the stairs, or in a teacup inside the corner cabinet. A clue might have been hidden in the microwave (inside a ball of tin foil because he had a wicked sense of humor), or possibly tucked inside a stick of margarine. Each clue would send me on to the next one until eventually I found the actual present. 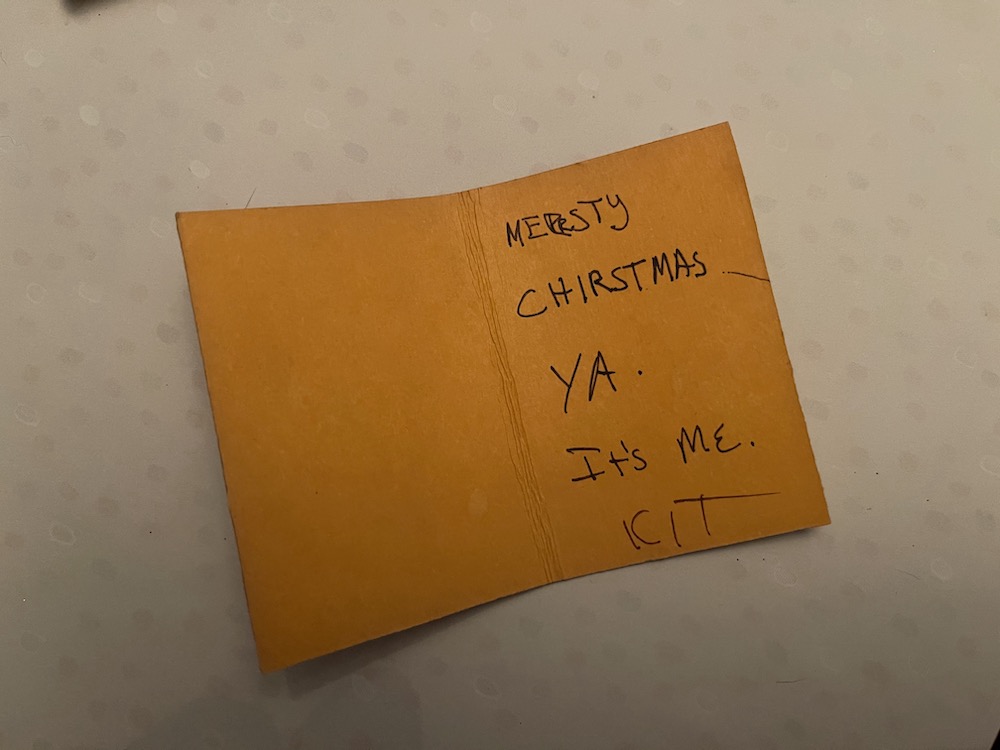 I don’t remember what was at the end of that particular scavenger hunt. It could have been a red Panasonic  cassette tape player that I begged my parents to get me after they gave a blue one to my brother for his birthday the month before, or it could have been a Barbie townhouse. I might have been my beloved roller skates or a red Samsonite suitcase.

I don’t remember what was at the end of this scavenger hunt, but I do remember the thrill of going from one gift wrapped clue to the next and what a wonderful gift the process was. So much that even as a child of 9 or 10, I knew it was special and to save something from it. I’ve kept that little handmade envelope and card inside since I was a kid – it’s made the journey with me through 9 moves over the last 45 years. There are few things from my childhood as special as that little card. 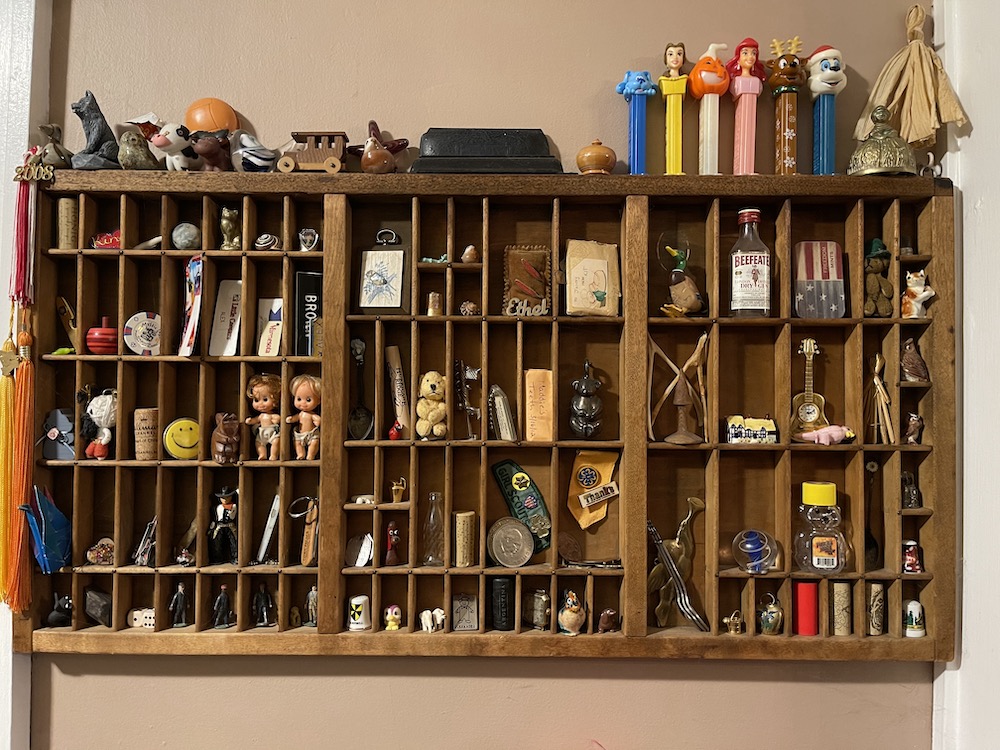 It’s those kinds of stories that I hope my kids have and will share when they get older. Odds are I don’t even know what kind of special memories they keep about each other. I am sure my parents didn’t thing much of the scavenger hunt – it probably created a mess of wrapping, ribbons and bows and likely irritated my dad – but it meant the world to me.

What are your favorite holiday memories?