Like all things 2020, Thanksgiving is going to be a little different this year. Odds are you’re scaling down the celebration and doing a low key event with immediate family or those in your pod. I still plan on doing a whole turkey – mostly because I like the leftovers – but I’m not going all out on the sides this year.

Usually I start cooking the weekend before Thanksgiving, not this year. I may or may not brine the turkey, and the sides are going to be simple this year. I am going to skip the more fancy and time consuming sides like bourbon onions for the classic Green Bean Hot Dish, Skin on Mashed Potatoes and everyone’s favorite – Stuffing.

We call it stuffing in these parts, even if it isn’t stuffed in the turkey because one of the progeny prefers it outside the turkey – while the rest of don’t have a lock on a preference (it’s better inside the turkey).

So, in light of a more laid back, less formal and much smaller gathering here are a few hacks to make some quick and easy sides for any turkey, turkey breast or even Cornish game hen you might be serving up this Thanksgiving. 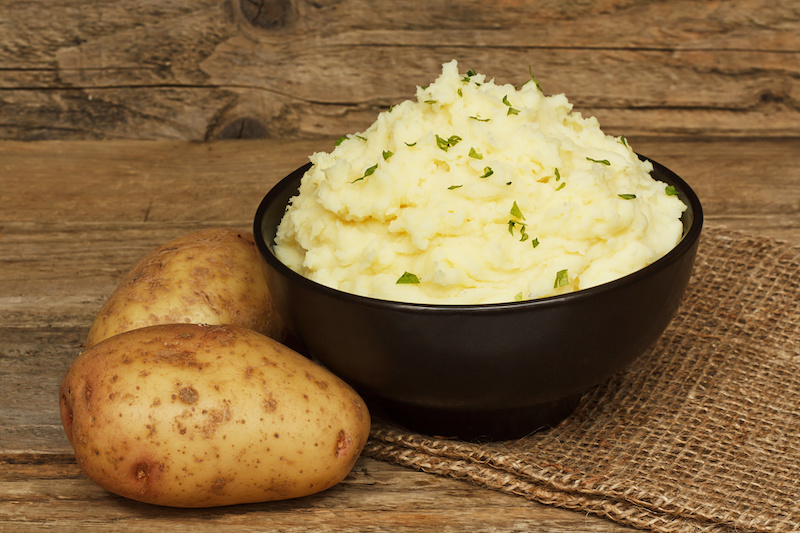 I learned this hack from my brother years ago and have incorporated it into my culinary wheelhouse. I’ll be honest, it is so simple and so amazing I’m surprised I didn’t think of it. Not surprised my brother did because he puts the secret ingredient on everything he eats.

The secret ingredient is Hidden Valley Ranch salad dressing. Whatever kind of mashed potatoes you serve – skin on, garlic, bacon, plain – add a few generous squirts of HVR and you’ll never have leftovers. You can skip the butter and salt that would normally go into the mashed potatoes and just use the HRV for all the flavor you desire. If you don’t have time to bake or boil the potatoes, use a box of instant potatoes and add the HVR and no one will notice the delicious potatoes were once flakes. 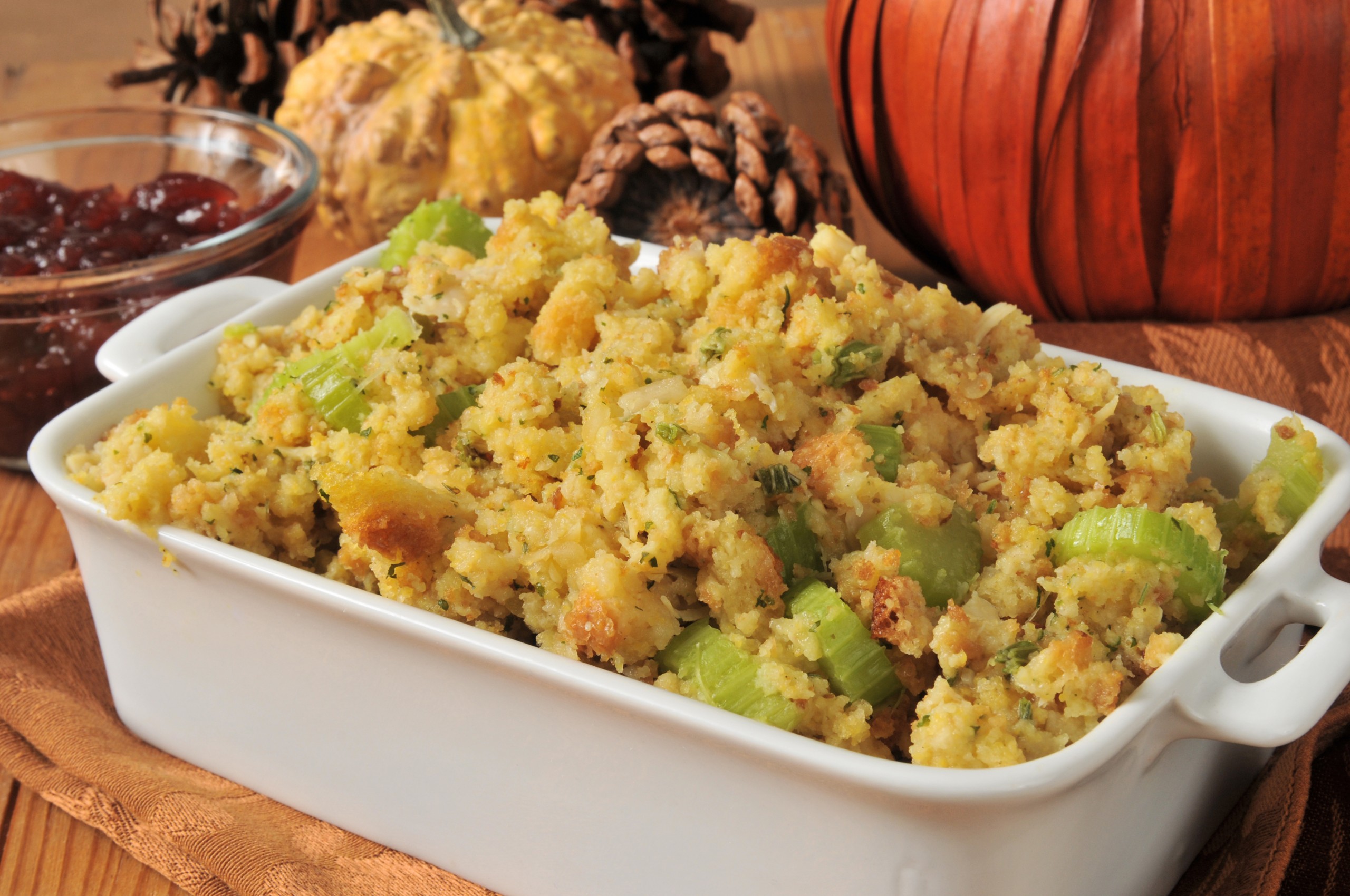 My stuffing game is strong. I’ve been told I make the best stuffing ever by anyone who has had it. I learned from Viola, our “housekeeper” who helped my mom after she got sick. Viola drank a lot, was usually pretty angry and not the warmest human, but she made amazing comfort food and I paid attention.

I am not someone who believes in adding sausage to stuffing. I know some people swear by it, and the one time I tried it it was ok, but it changes the whole vibe of the side dish. I make twice as much stuffing and I plan on serving because everyone steals from the dish while I’m preparing other things.

The trick is to use Pepperidge Farm or Brownberry stuffing mix. Use twice as much butter as the recipe calls for because they have halved it over the years. Don’t use margarine – it will just make the stuffing sad and no one wants to eat sad stuffing. Salt to taste. I under salt the stuffing because everyone always adds more salt when it’s on their plate. If you use chicken broth as the liquid, there’s already a fair amount of salt involved, but you can’t really taste it. I also add twice as much celery and onion than what is called for and then sauté both the celery and onion before adding the liquid and then bread crumbs. I know not everyone likes celery but since I’m the one making it, it goes in. I also like to add dried cranberry, but the same kid who doesn’t like stuffing in the turkey doesn’t like cranberries in it so I end up making two stuffings and stuffing the bird with the cranberry kind.

Stuffing shouldn’t be complicated, it shouldn’t take more than a few minute to put together and most of that time should come from chopping the celery and onions. 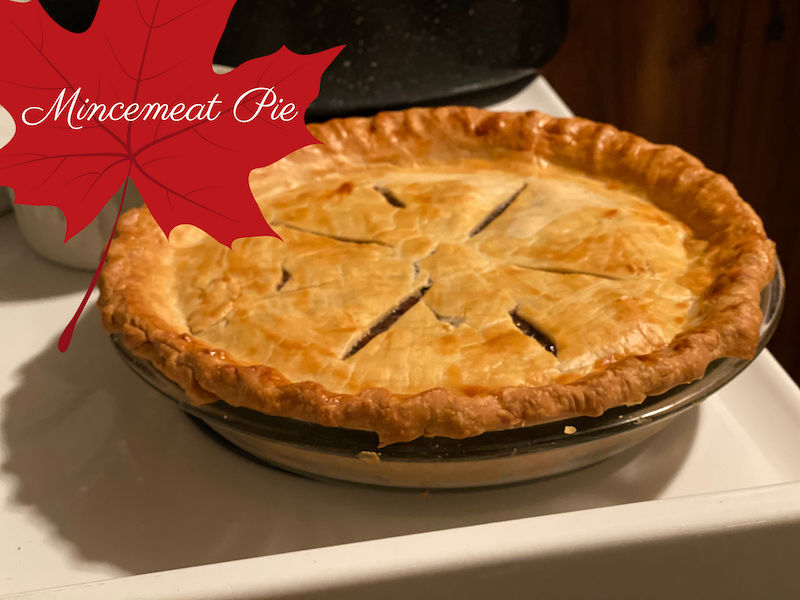 I’ve been serving this family favorite for years without telling the kids what mincemeat is. We just called the pie Mince Pie and no one asked any questions. Now that they’re in their late teens and 20s I’ve told them, one of them – you can guess which one – will no longer eat it, the other could care less. I use Nonesuch Mincemeat and add a fair amount of bourbon to taste – because bourbon makes everything better. I have in the past made my own pastry, but it’s so much easier to use Pillsbury pie crusts and no one has complained (it could be all that bourbon, who knows?). By the time it gets to making pies, I’m tired and want to serve something that looks good and tastes good with little fuss.

Line a pie glass pie plate with a pie crust and heat in a 350°F oven for about 10 minutes to set it. Remove from oven and pour the mincemeat in. Top with the other pie crust and crimp the edges. Cut slits in the top of the pie to vent and do an egg wash to ensure your pie is picture perfect. You can even sprinkle some sugar on it to make it look fancy. Follow the cooking directions on the jar of mincemeat and you’re good to go! 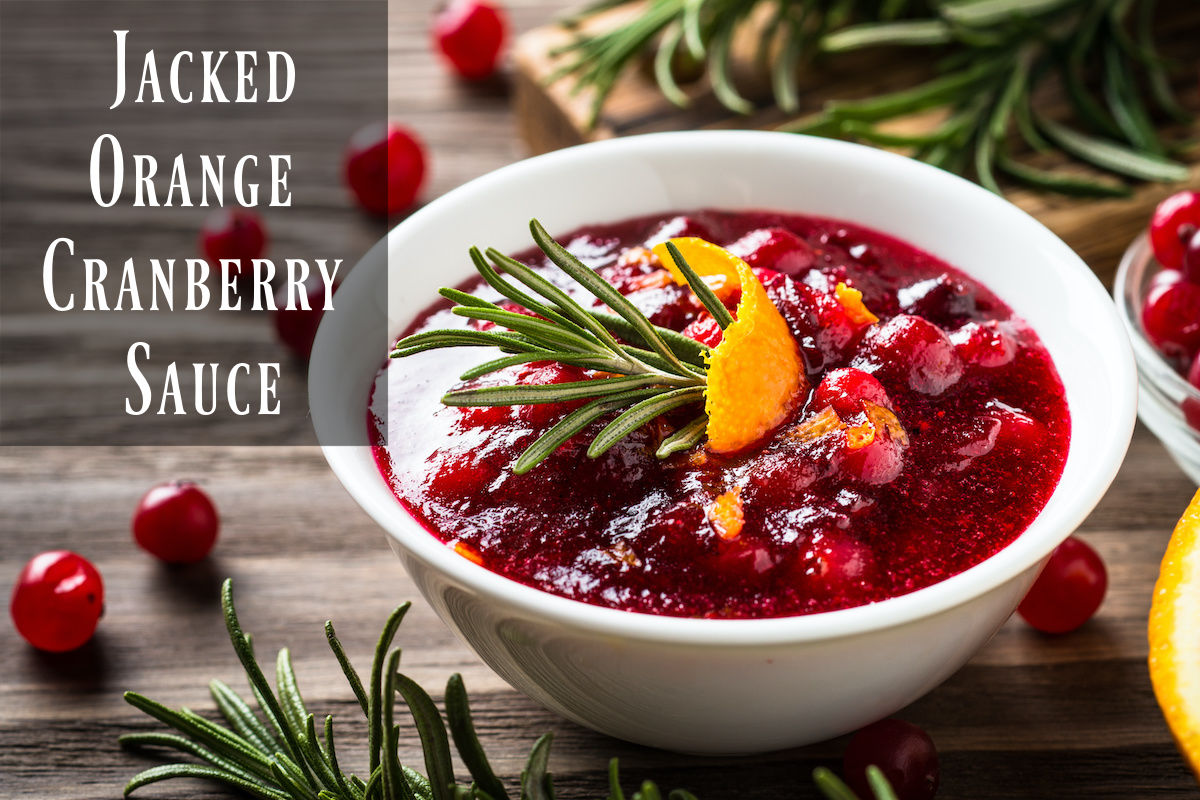 I make a killer cranberry sauce using fresh cranberries and if you have the inclination or the time do make it you can find the recipe here. However, it’s tradition in this house to also have a can of cranberry sauce on the table for slicing. The canned kind is also perfect for turkey sandwiches in the days to come.