Disney re-releases another 3D movie and ruins my experience 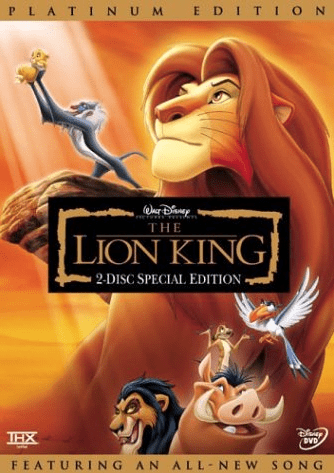 Last year I took my daughter to see the re-release of The Lion King in 3D. I hate 3D, it gives me a headache and in a movie like The Lion King it wasn’t necessary. 3D is also a lot more expensive and when I took her I didn’t have a movie coupon to lower the price. Instead I had to sell a kidney so we could get popcorn.

You know what kills me about these re-releases in 3D? They cost so much more. I have to buy not one but two pairs of 3D glasses. I have to. I can’t bring any of the millions of pairs that are lying around my house and use them again. No, I have to buy new ones.

Even worse, they have a box outside the movie so I can recycle the glasses I just paid $20 for.

Talk about your scams.

Nope, I will not be taking a child to see one of the best animated movies because I refuse to pay for more 3D glasses and get a headache using them. Besides, we can just watch our copy on the VCR.

I know Disney needs to make more money. I’m not stupid, I’ve been watching the re-release of their movies ever since my son was a little boy. We bought into the whole limited time, classic edition, directors cut, includes not seen before scenes, going back in the vault soon marketing bullshit. I’ve purchased every Disney animated movie released in the last 20 years at least twice (because we got a DVD player) and I paid to the see the movie in the theater. I’m totally against piracy but if there was ever a case for it….I’ve already paid for the Disney movies.

If Disney movies were an app I would buy it once and be able to load it onto all my devices at no extra charge. Disney might want to take a cue from Apple.

Will you be going to any re-release in 3D movies?